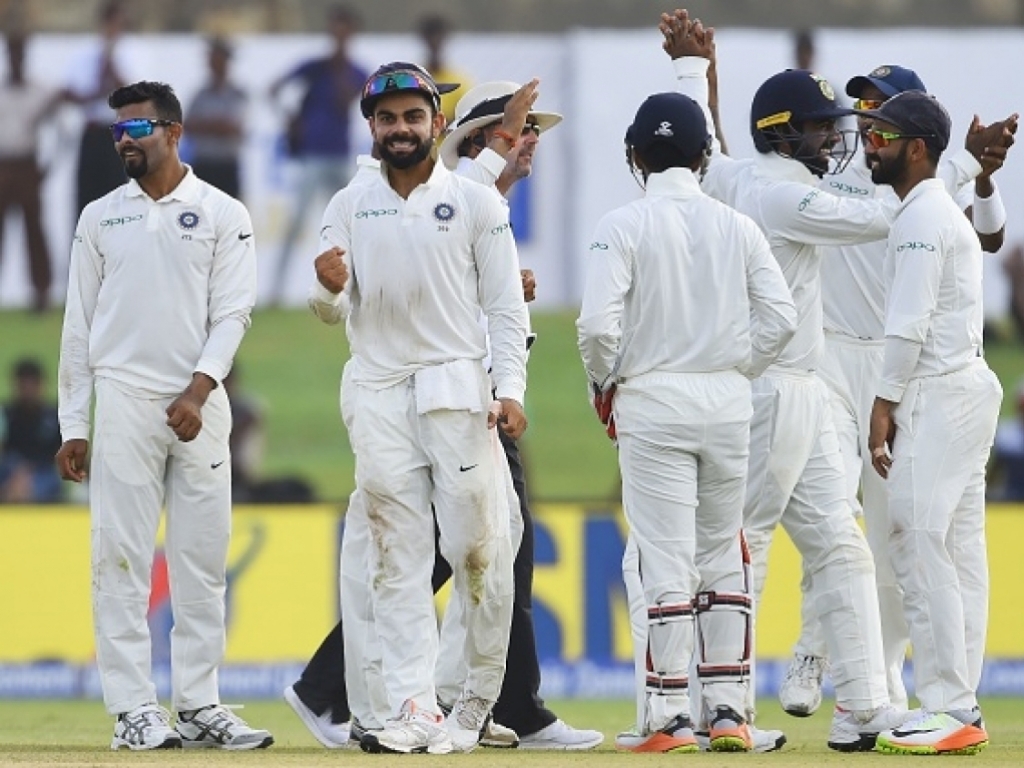 India completed a Test series whitewash over hosts Sri Lanka when the visitors won the third and final match by an innings and 171 runs in Pallekele on Monday.

Resuming the day on 19 for one, Sri Lanka were bowled out for 181 in their second innings on the third day.

Ravi Ashwin returned figures of 4/68 with his off-spinners while seamer Mohammad Shami took 3/22 in 15 overs.

The home side’s batsmen again failed to show any resistance, which has been trend throughout the entire series, as they slumped to another painful defeat.

Only wicketkeeper Niroshan Dickwella wanted to fight with the willow as he hit an entertaining 41 off 52 balls before he became a victim of seamer Umesh Yadav.

Sri Lanka’s senior players, captain Dinesh Chandimal and former skipper Angelo Mathews, got starts with 36 and 35 respectively but needed to lead the way for their team with bigger contributions.

The second innings batting effort from the hosts was not a vast improvement from their first knock at the crease when they were bowled out for just 135 in reply to India’s total of 487.

The match will remembered for India’s Hardik Pandya hitting his maiden international century, scoring 108 off just 96 balls, while he also took a record 26 runs off one over from left-arm spinner Malinda Pushpakumara.

This victory follows India’s comprehensive wins in Galle and Colombo in the previous two matches.

The teams now face each other in five ODIs and will also contest one T20I.