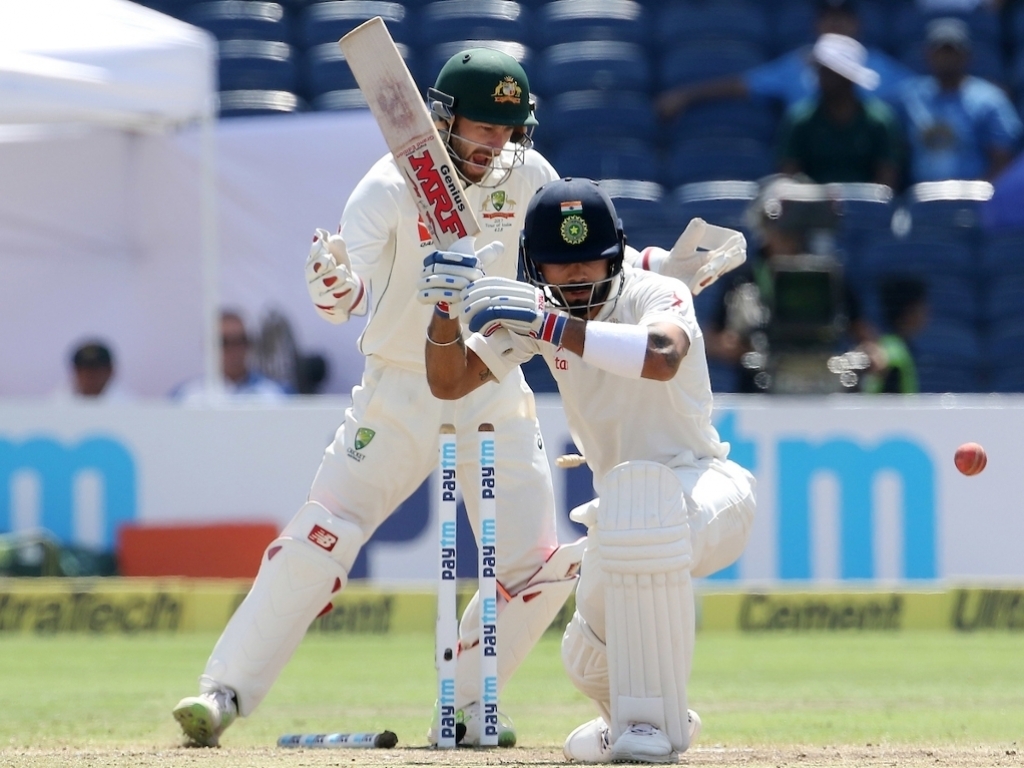 India slumped to 107 all out to lose the first Test against Australia by 333 runs on a pitch that was far from Test match quality.

Earlier Australia moved from an overnight 143/4 to 285 all out with Steve Smith cementing his place at the top of the ICC Test batting rankings with his 18th Test ton.

Smith started the day on 59 not out and moved to 109 before he was trapped leg before by Ravindra Jadeja.

Mitchell Starc (30) again made a useful contribution with the bat smashing three sixes and two fours in his cameo.

Ravi Ashwin would end as the pick of the bowlers with figures of 4 for 119.

India were left to chase a target of 441 but never looked like getting close as Steve O’Keefe yet again ripped through the Indian batting order.

Only Cheteshwar Pujara (31) could make it past twenty as India crumbled to a day three defeat in the first Test of the series.

India had used up their reviews by the sixth over of the innings with both Murali Vijay (2) and Lokesh Rahul choosing to review leg before decisions when both were absolutely plumb.

Virat Kohli (13) could not inspire and epic India chase either he was bowled by O’Keefe leaving a straight one.

Ajinkya Rahane was uncharacteristically aggressive during his knock of 18 but threw his wicket away chipping O’Keefe to Nathan Lyon at cover.

None of the remaining batsmen could get into double figures as Lyon and O’Keefe ran through the tail.

O’Keefe would end the innings with figures of 6 for 35 and a match analysis of 12 for 69 which is the best by any non-Indian spinner in India ever.

Australia’s heroes in this game are pretty clear cut with O’Keefe taking the bowling plaudits while Smith played a stunning knock in the second Innings and Matt Renshaw hit a crucial half century in the first when his innings was interrupted by an upset stomach.