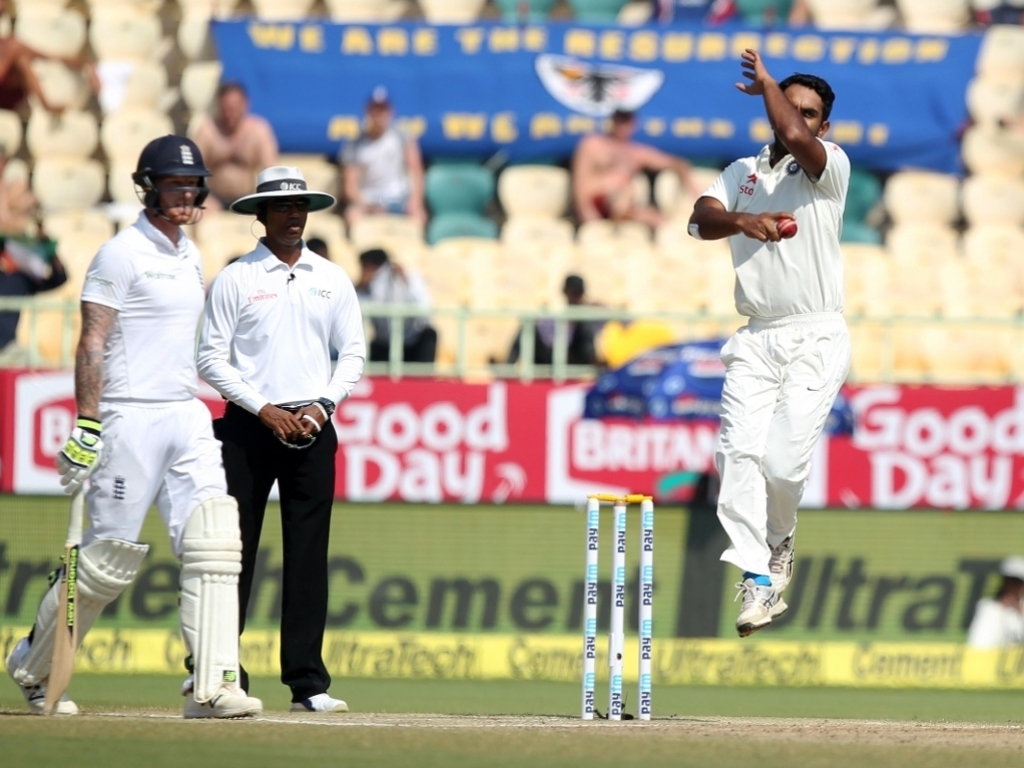 England suffered a heavy 246 run defeat at the hands of India in Vizag as their attempt to save the game crumbled on the final day of the second Test.

England began the day without any thought of chasing down the 318 further runs they needed to win the Second Test and take a 1-0 lead in the series but couldn’t resist the India bowling attack and were bowled out for 158.

The visitors lost five wickets in the morning session as the new ball hastened their demise.

Ben Duckett was the first to go without scoring as Ravi Ashwin had him caught behind early on the fifth morning.

Moeen Ali (2) would resist for 30 balls before the 31st had his name on it as Ravindra Jadeja’s probing paid off.

Ben Stokes was uncharacteristically restrained as he made 6 from 33 balls before Jayant Yadav cleaned him up to leave England 115 for 5.

Mohammed Shami would then grab the wickets of Joe Root (25) and Adil Rashid before the break as England took the meal with seven down for 142.

After the break England would not last long as India wrapped up the game in the space of four overs after lunch.

Ansari (0) went just three balls after lunch and Jayant would trap the England quicks Stuart Broad (5) and James Anderson (0) leg before of successive balls, the spinner will be on a hat-trick the next time he bowls.

India take a 1-0 lead in the series after the emphatic 246-run victory – and are the odds-on favourite to win the series.