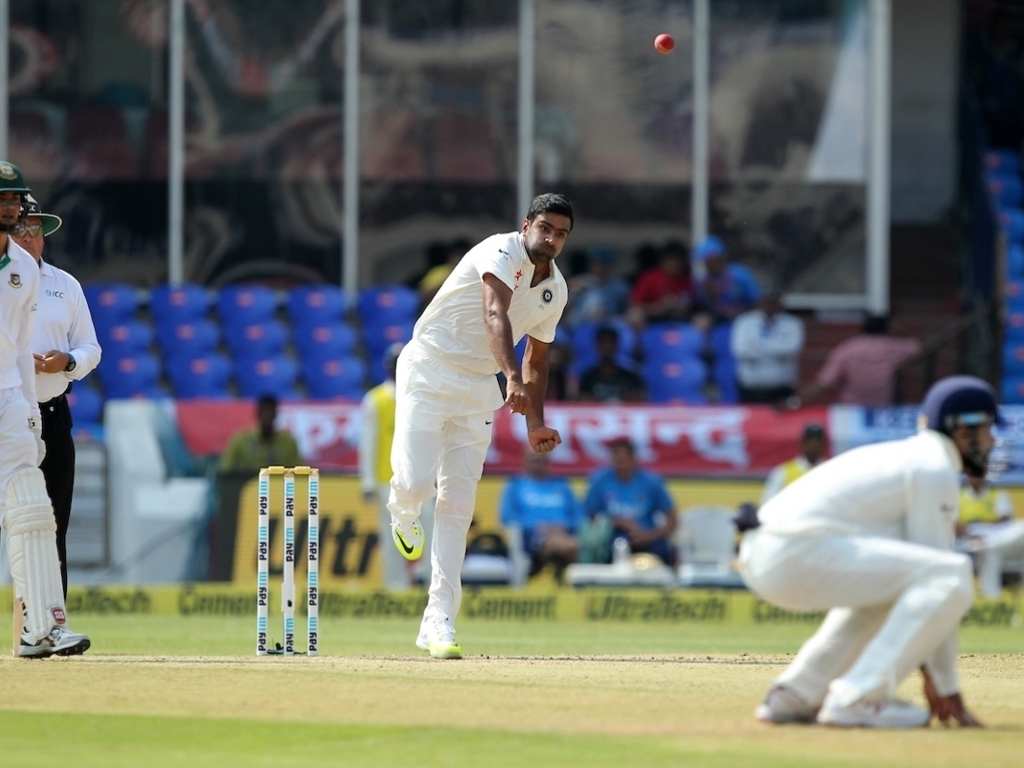 India gave Bangladesh a faint sniff at victory with an attacking declaration that came at tea on day four of the one-off Test in Hyderabad and left the Tigers chasing 459 runs to win.

The hosts reached 159/4 in a little over as session having claimed the four wickets they needed to wrap up Bangladesh’s first innings before lunch.

Mushfiqur Rahim (127) went to his  fifth Test century early in the morning  but the tail couldn’t provide the same kind of resistance the lower order had done the previous evening with Mehedi Hasan (51) departing off the fourth ball of the day.

Seamer Umesh Yadav was surprisingly the pick of the bowlers taking 3 for 84 as India dismissed Bangladesh for 388 to give India a 299 run first innings lead.

India showed intent with batsman prepared to sacrifice their wickets for the cause as the hosts quickly established a lead that they believed would be enough.

Cheteshwar Pujara top scored for India with an unbeaten 54 as India raced to 159 before declaring.

Pujara, Virat Kohli (38) and Ajinkya Rahane (28) were all striking at greater than 80 percent and Ravindra Jadeja was sent up the order to have a dip before tea smashing 16 off ten balls.

The total of 459 to win would be a record breaking chase but the size of the total is such that Bangladesh might harbour just a little hope of chasing it down.

They didn’t make the best of starts to their chase though losing three wickets  while chipping a 103 runs out of the target.

Ravichandran Ashwin thrives in these situations and he claimed two of the three Tiger’s wickets to fall before stumps in the form of Tamim Iqbal (3) and Monimul Haque (27) while Jadeja accounted for Soumya Sarkar (42).

Bangladesh need  356 runs to win while India are chasing seven wickets in the three remaining sessions of what promises to be an enthralling final day.