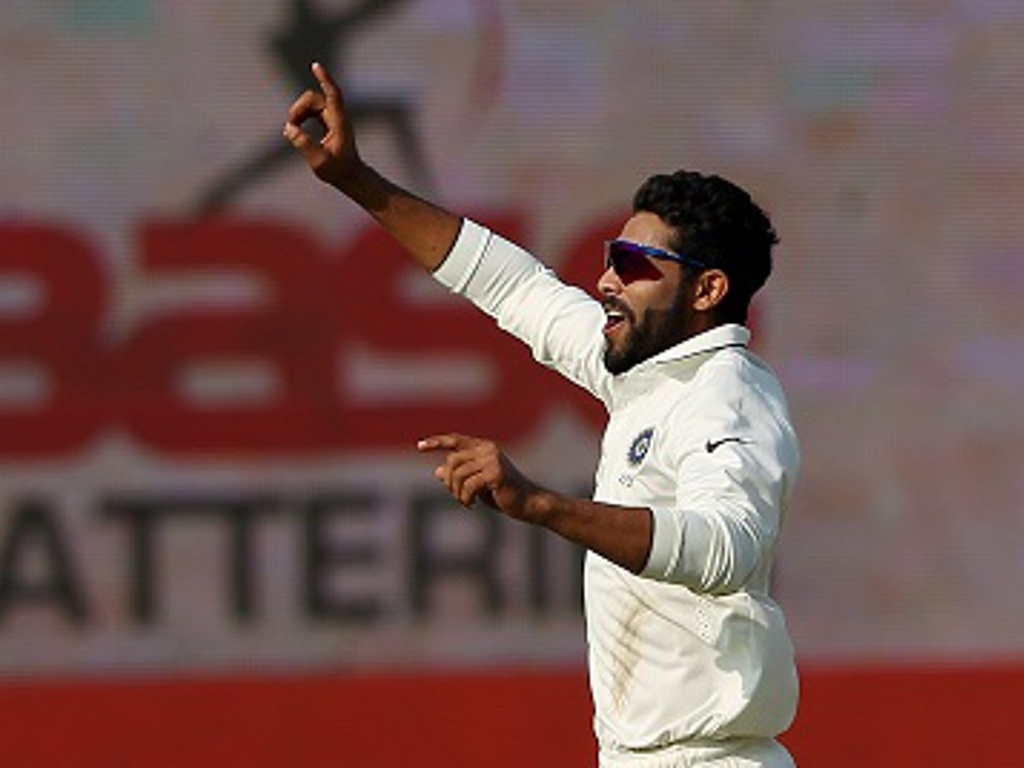 South Africa suffered one of their worst days of their India tour, on day two of the fourth Test, as they found themselves 121 all out by stumps on a Delhi deck that held no demons for the batsmen.

After bowling India out for 334 after lunch, the Proteas showed little to no application, with only AB de Villiers' 42 notable, as Ravi Jadeja took five wickets. India held a lead of 213 runs going into their second dig, opting not to enforce the follow-on.

The day began with India on 231 for seven, with Ajinkya Rahane nearing his century and Ravi Ashwin well set as well. After having India on the ropes for six down on day one, they let this pairing record the highest stand of the series.

They put on 98 runs together before Imran Tahir broke the partnership. Rahane, already well past his ton (the only one of the entire series), was caught by de Villiers off Tahir for 127.

Ashwin, having made a half ton himself, fell to Kyle Abbott, who took five wickets in total and wrapped up the tail quickly after that. India's 334 was by far the highest innings score of the series.

The Proteas promoted Temba Bavuma up the order to open alongside Dean Elgar, and the pair did well initially. They slowly made their way to 36 runs in 15 overs, before Elgar got the outside edge off Umesh Yadav.

Hashim Amla, well short of runs on this tour, came in and spend 34 balls to score his three runs, before he was out to Jadeja. Bavuma, meanwhile, made a decent 22 but was unable to flourish, missing a straight one and bowled by Jadeja.

De Villiers batted with the rest of the order without much assistance as India's bowlers nipped the wickets out at regular intervals. Yadav and Ashwin took two wickets each, while Ishant Sharma bowled Dane Vilas for 11.

It was a truly poor effort form the Proteas, AB notwithstanding, as Faf du Plessis fell for his third duck of the series, playing a silly sweep shot to Jadeja. They seemed to have their minds on the plane home already.