India end day one in Antigua well on top 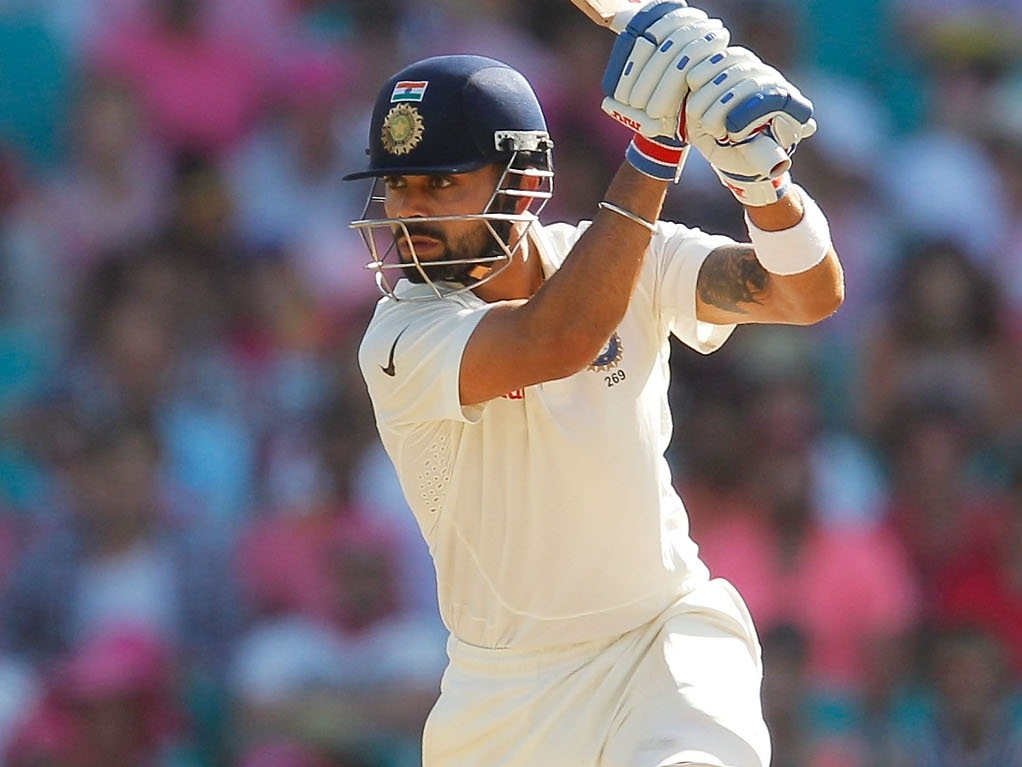 Captain Virat Kohli led the charge with a superb hundred as India ended day one of the first Test against West Indies at North Sound with a healthy first innings total of 302/4.

A slow pitch and a slow outfield meant runs were harder to come by – particularly in the early stages – but none of this seemed to bother Kohli, who scored with ease throughout his innings.

The West Indies made a bright start as Shannon Gabriel dismissed Murali Vijay for just seven, the opener edging a bouncer to second slip in the seventh over.

Gabriel was causing Shikhar Dhawan some problems as well, but the left-hander weathered the storm as he and Cheteshwar Pujara looked to consolidate.

Devendra Bishoo then came to the party and dismissed Pujara for 16 off 67 deliveries shortly after lunch.

At 74/2, there was a hint of danger for the visitors, but Dhawan and Virat Kohli would put together a solid 105-run partnership for the third wicket.

Kohli was aggressive from the get-go, contributing the bulk of the runs as the duo took the score to 179 before Dhawan was trapped in front by Bishoo, bringing the second session to an end.

Ajinkya Rahane contributed 22 runs alongside Kohli after the break before Bishoo picked up his third wicket of the day, a rank short ball getting the top-edge, allowing Darren Bravo to take the simplest of catches.

In the meantime, Kohli was continuing to find scoring much easier than the rest and he soon reached his 12th Test century, passing the mark in the over after after Rahane's dismissal.