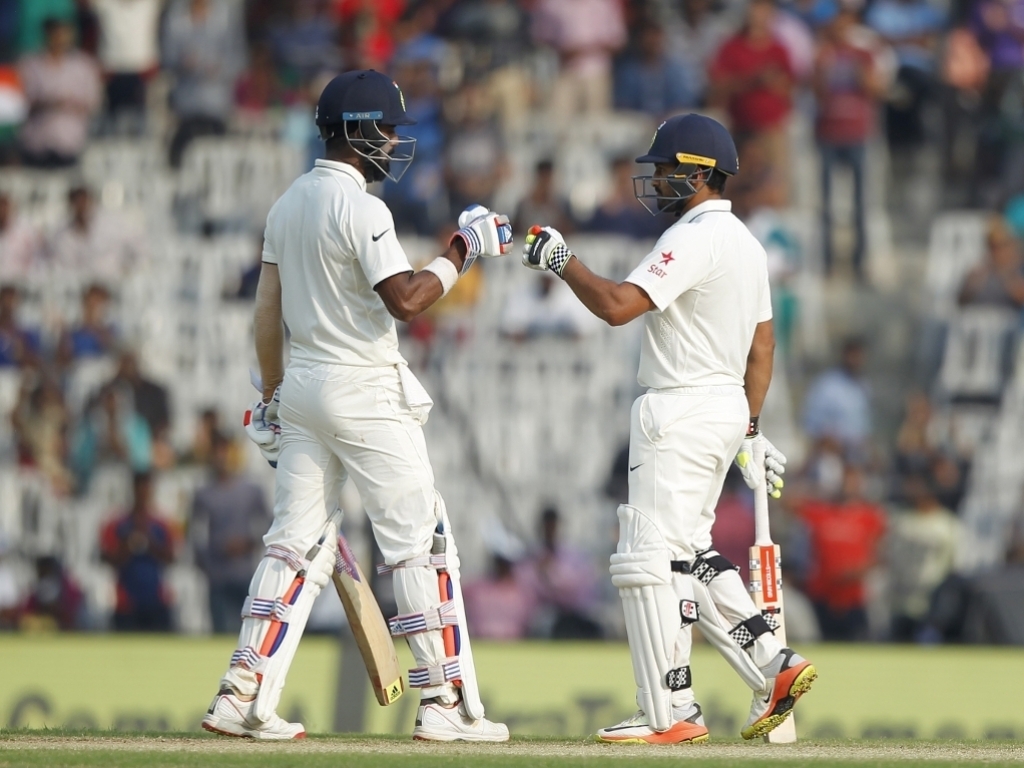 India made England toil hard in field on day three of the fifth and final Test in Chennai as a flat wicket offered little for the bowlers and India reached 391/4 by stumps.

India resumed the day on 60 without loss and openers Parthiv Patel and Lokesh Rahul would add 91 runs as they shared a 151 run opening partnership.

Patel (71) eventually succumbed to Moeen Ali after committing himself to come down the track but finding only Jos Buttler at cover.

Cheteshwar Pujara (16) and Virat Kohli (15) suffered rare failures and it looked as if England might be creeping ahead in the game but Karun Nair and Rahul would steady the ship.

Nair and Rahul added 161 runs and the latter was looking all set to go to his maiden Test double ton but he would fall agonizingly short.

Rahul went after a looping wide one from Adil Rashid but picked out Buttler at cover and had to go for 199.

Nair would reach 71 not out by the close with Murali Vijay on 17 not out at the other end as India continue to grind down the England attack.

Four English bowlers each picked up one wicket but Ben Stokes was the pick conceding 37 runs from his nine overs.