India hold on for nervy draw 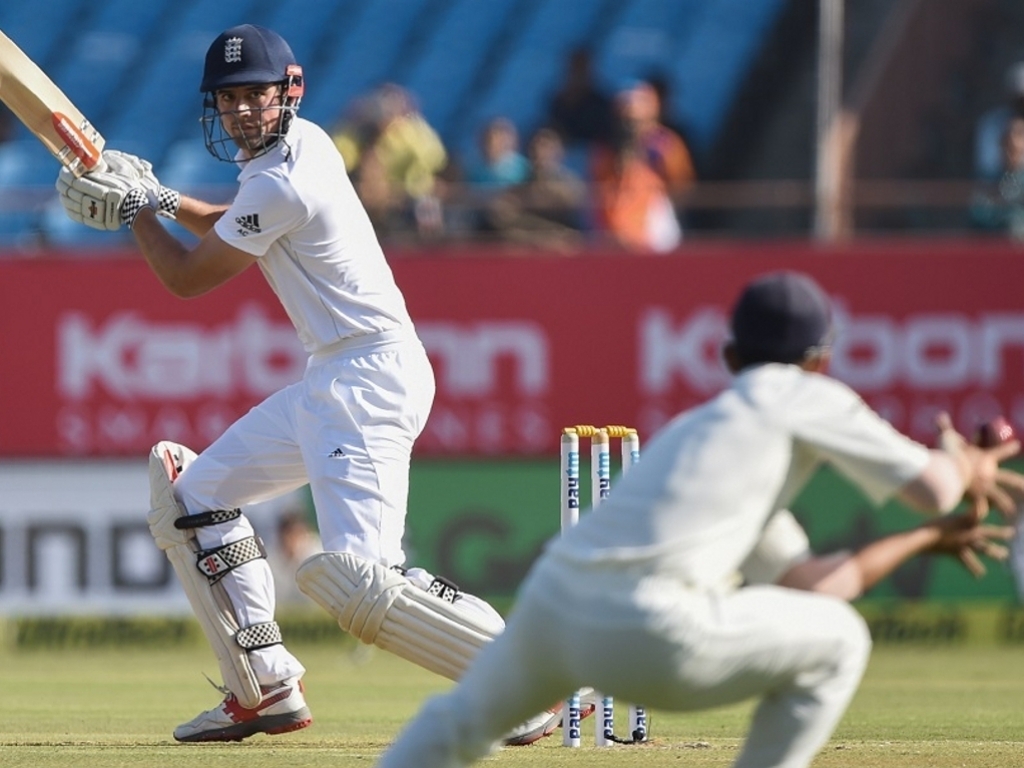 The first Test between India and England in Rajkot ended in a nervy draw, with India holding out to survive the fifth day with four wickets in hand.

They had been set 310 to win after England declared on 260 for three, and made 172 for six. They needed to bat out 53 overs, and a flurry of wickets ensured a few hearts in mouths.

But Virat Kohli led from the from and made 49 off 98 balls to see his side home, despite Adil Rashid getting prodigious turn off the deck.

The day had begun with England on 114 for none, with Alastair Cook and Haseeb Hameed holding steady. Cook was on 46 and teenage debutant Hameed on 62.

The Lancashire lad was able to add 20 more runs to his score, but missed out on a debut century when he was caught and bowled by Amit Mishra. He had faced 177 balls.

Ben Stokes then stuck around with the skipper as Cook recorded yet another century, eventually falling to Ravi Ashwin for 130, at which point he declared the knock.

India lost Gautam Gambhir for a duck in the second over, and at tea India were two down. Eight wickets in a session is not unheard of lately, and India fans would have been a tad concerned.

But despite losing four more wickets, they held on for the draw to deny England the win away from home. Rajkot’s debut Test was a success.