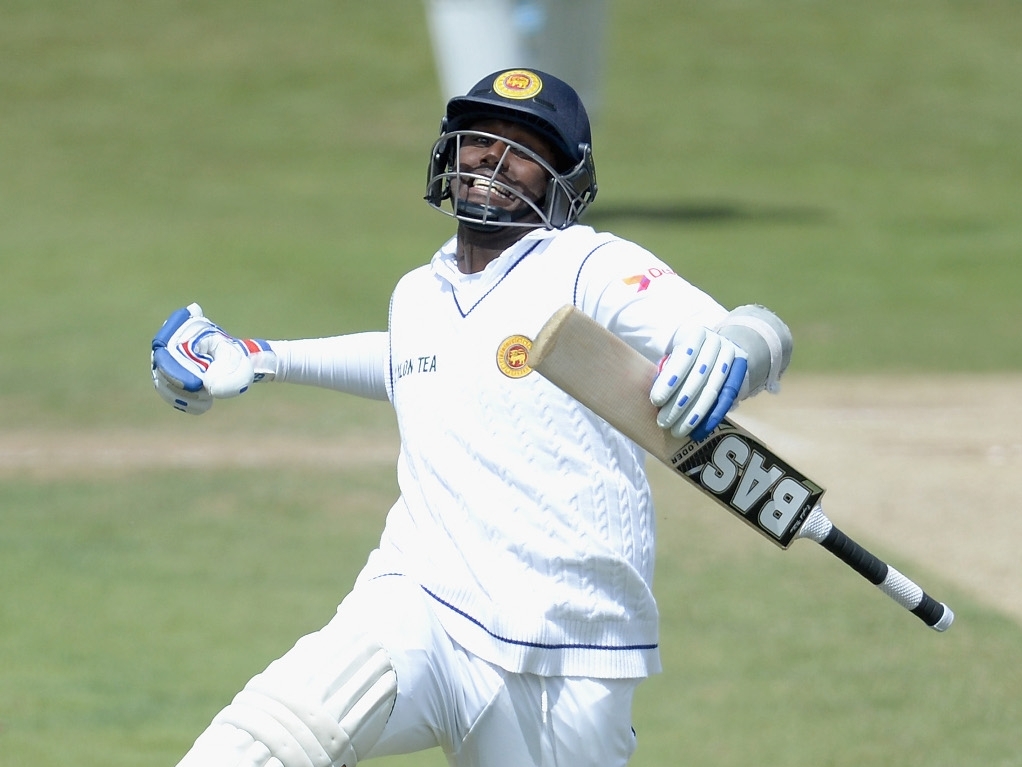 India ended day three of the second Test in Colombo in a strong position, holding a lead of 157 runs with nine wickets in hand, after Sri Lanka allowed them to reach 70 for one in the fading light.

Sri Lanka had been bowled out for 306, reaching that score thanks to skipper Angelo Mathews' century, thus giving India an 87-run head start before their second dig even began. Murali Vijay and Ajinkya Rahane had put on 67 unbeaten runs by stumps.

The day began with the hosts on 140 for three, still 250-odd runs in arrears. Mathews was on 19 then, and was the backbone of the knock as they pushed on towards a decent score, having lost those three early wickets the day before.

Mathews and Lahiru Thirimanne continued from where they left off and added 101 more runs to the score before the wickets began to tumble. Thirimanne was out for 62, caught behind off Ishant Sharma.

Mathews made his way to his 11th Test century, but was unable to go much further as he was out for 102. He became India all-rounder Stuart Binny's first Test wicket, a big relief for the bowler after being denied his maiden scalp the day before due to a no-ball.

Spinner Amit Mishra made his way to four wickets in the innings as he bagged Dhammika Prasad, Jehan Mubarak and Tharindu Kaushal, who was the final wicket to fall, in the evening session.

India thus had to bat out 29.2 overs before bad light ended the day. They lost KL Rahul in the first over, bowled by Prasad for two, but aside from that they were mostly untroubled on a still-decent batting deck.