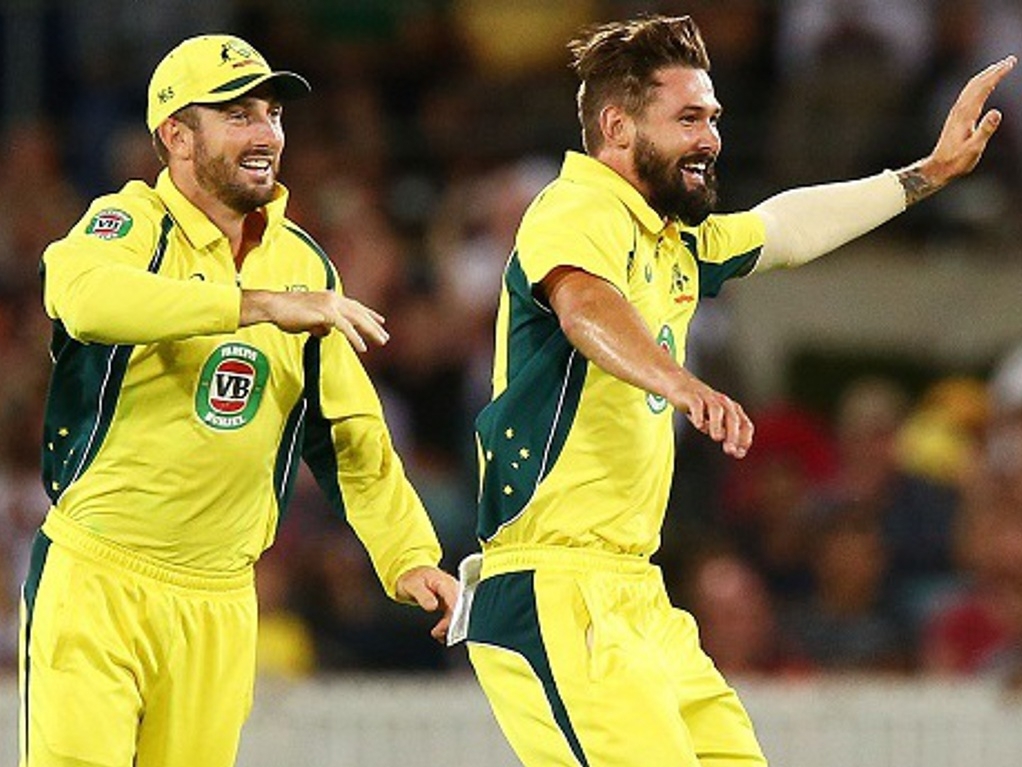 The fourth ODI between Australia and India saw nearly 700 runs scored, but India collapsed in dramatic fashion to lose by 25 runs, despite being on course to reach the target of 349 after early centuries.

Australia made 348 for eight in their 50 overs, with a ton from Aaron Finch and 93 from David Warner. India then seemed well of track, as Shikhar Dhawan and Virat Kohli put on a double century stand, both making hundreds.

But India choked thanks to some clever bowling from Kane Richardson, who took five wickets, but it was more a case of throwing their wickets away once the centurions were out. They collapsed from 277/1 to 323 all out.

Australia won the toss and opted to bat, having already won the series and looking for a whitewash. Once again, their top order set about piling on the runs against a poor India bowling attack, and openers Finch and Warner raced to a century stand.

The pair put on 187 for the first wicket inside 30 overs, before Warner was bowled by Ishant Sharma for 93. Mitchell Marsh was promoted up the order to three but batted relatively slowly for his 33.

At the other end, Finch made 107 off the same number of balls, while Steve Smith smacked 51 off 29 deliveries. A few wickets then fell, making the certain 350 seem impossible.

But Glenn Maxwell once again showed his skills by hitting 41 unbeaten runs off 20 balls at the death. He hit 18 runs off the last over, so while they may not have reached 350, a score of 348 was close enough.

But it didn't seem like enough when Dhawan and Kohli were batting (Rohit Sharma out cheaply) as they looked to demolish the home bowling. James Faulkner was particularly savaged, going for 48 runs in seven overs.

But then John Hastings struck to remove Kohli and MD Dhoni in the same over, the latter for a duck, and everything fell apart from there. India's batsmen made little attempt to play proper cricket shots, despite still only needing a run per ball.

After the centurions, the only batsman below the top three to reach double figures was Ravi Jadeja, who made 24 not out as he watched the wickets tumble at the other end, mostly to Richardson.

Mitch Marsh took the final two wickets, with a few dropped catches going unpunished, as India needed 26 runs off the final over. Australia bowled them out with four balls to spare.