Home Countries India India in control as Sangakkara signs off

India in control as Sangakkara signs off 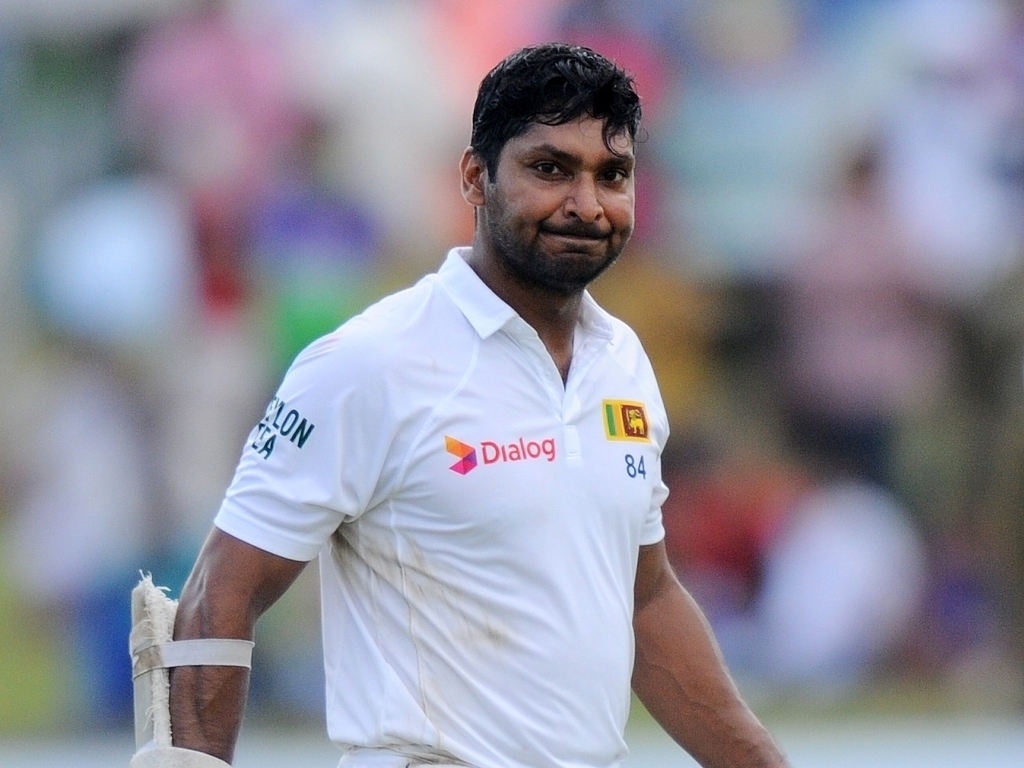 Sri Lanka's Kumar Sangakkara could not produce one last epic knock in his final international innings as India took full control of the second Test at the P.Sara Oval in Colombo.

Sangakkara scored just 18 as India spinner Ravi Ashwin took his wicket for the fourth time in four innings in the series as the hosts were on 72 for two at stumps on day four, still requiring another 341 runs to win.

Sri Lanka skipper Angelo Mathews (23*) and opener Dimuth Karunaratne (25*) will resume at the crease on the final day after Kaushal Silva was out for just one, also to Ashwin.

Earlier India declared their second innings on 325 for eight an hour from the close of play, thanks to a fourth Test century from Ajinkya Rahane, to set the hosts a target 413 to win.

Resuming the day on 70 for one, Rahane and opener Murali Vijay put on a stand of 140 for the second wicket before Vijay was out for 82, lbw to offspinner Tharindu Kaushal.

Rahane, who was moved up to number three in the batting order after batting at five in the first Test of the series, shared  in a partnership of 85 with Rohit Sharma (34) for the fourth wicket as India tried to up the scoring rate for their declaration.

The 27 year-old Rahane was eventually out for 126 as the visitors lost a flurry of wickets just before captain Virat Kohli called time on their innings.

Seamer bowler Dhammika Prasad and Tharindu took four wickets each for the home side. India scored 393 all out in their first innings before dismissing Sri Lanka for 306.