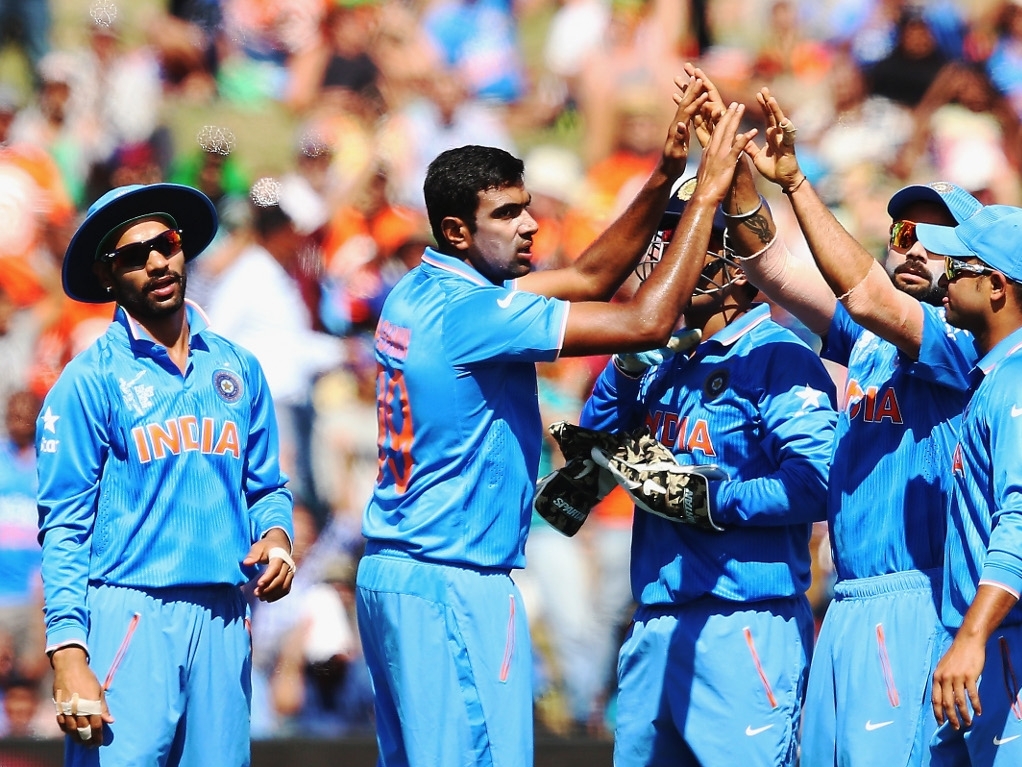 India comfortably beat Ireland by eight-wickets in a World Cup Pool B match in Hamilton on Tuesday, thus ensuring they will end on top of their group and play in the quarterfinals.

After winning the toss and choosing to bat first, Ireland posted a sub-par total of 259 all out in 49 overs on flat pitch at Seddon Park. Only skipper William Porterfield and Niall O'Brien managed to score half-centuries.

The Irish actually got off to a good start, Porterfield and Paul Stirling putting on 89 for the first wicket inside 15 overs. India spinner Ravichandran Ashwin got the wicket of Stirling and halted the run-rate with a superb spell of bowling through the middle overs.

Ed Joyce, batting at number three, did not last long and Porterfield and Niall O'Brien tried to repair the Irish innings, putting on a stand of 53 for the third wicket before Porterfield was undone by paceman Mohit Sharma for 67.

O'Brien and Andy Balbirnie (24) put on 61 for the fourth wicket, in quick time, but when Balbirnie fell in the 39th over, Ireland suffered a stunning collapse losing their last six wickets for 59 runs.

O'Brien top-scored with a run a ball 75, but he was out in the 43rd over to fast bowler Mohammed Shami. Shami ended with figures of three for 41 in nine overs but Ashwin was probably the pick, taking one for 38 in ten overs of economical spin bowling.

In the chase, India strolled to victory in the 37th over with only two wickets down. Openers Rohit Sharma and Shikhar Dhawan put 174 for the first wicket. Sharma scored 64 and Dhawan made 100 before both fell to medium-pace bowler Stuart Thompson.

Virat Kohli and Ajinka Rahane ensured there were no more hiccups for India.