India on the brink of victory despite England fight 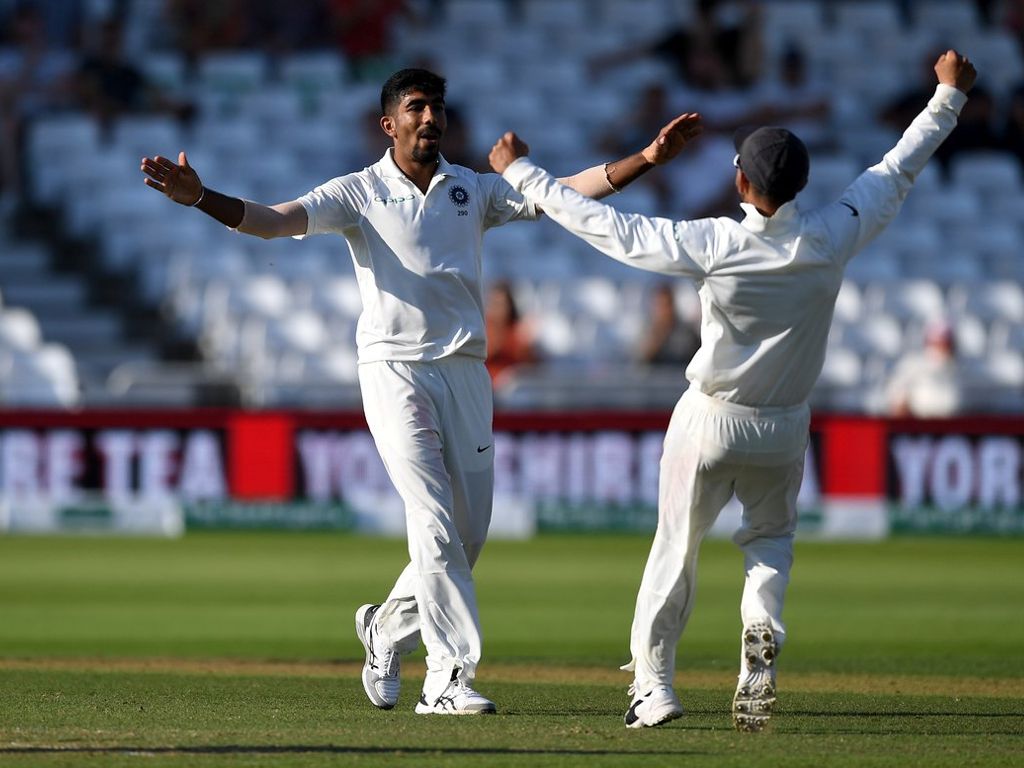 England’s lower-order provided stubborn resistance to the India bowling attack who ended the day needing one wicket to win the third Test.

England scrapped to 311 for 9 by stumps on day four of the third Test against India having slipped to 62 for 4 prior to lunch.

The top-order failed England again with Ishant Sharma (2/70) accounting for openers Keaton Jennings (13) and Alastair Cook (17) early on before Jasprit Bumrah got Joe Root (13) to push at a shortish ball fending it into the corden where Lokesh Rahul took the catch. The first ball of the next over from Mohammed Shami claimed the wicket of Ollie Pope (16).

Ben Stokes and Jos Buttler gave England some hope bedding in for a 169-run stand that took up over 57 overs. 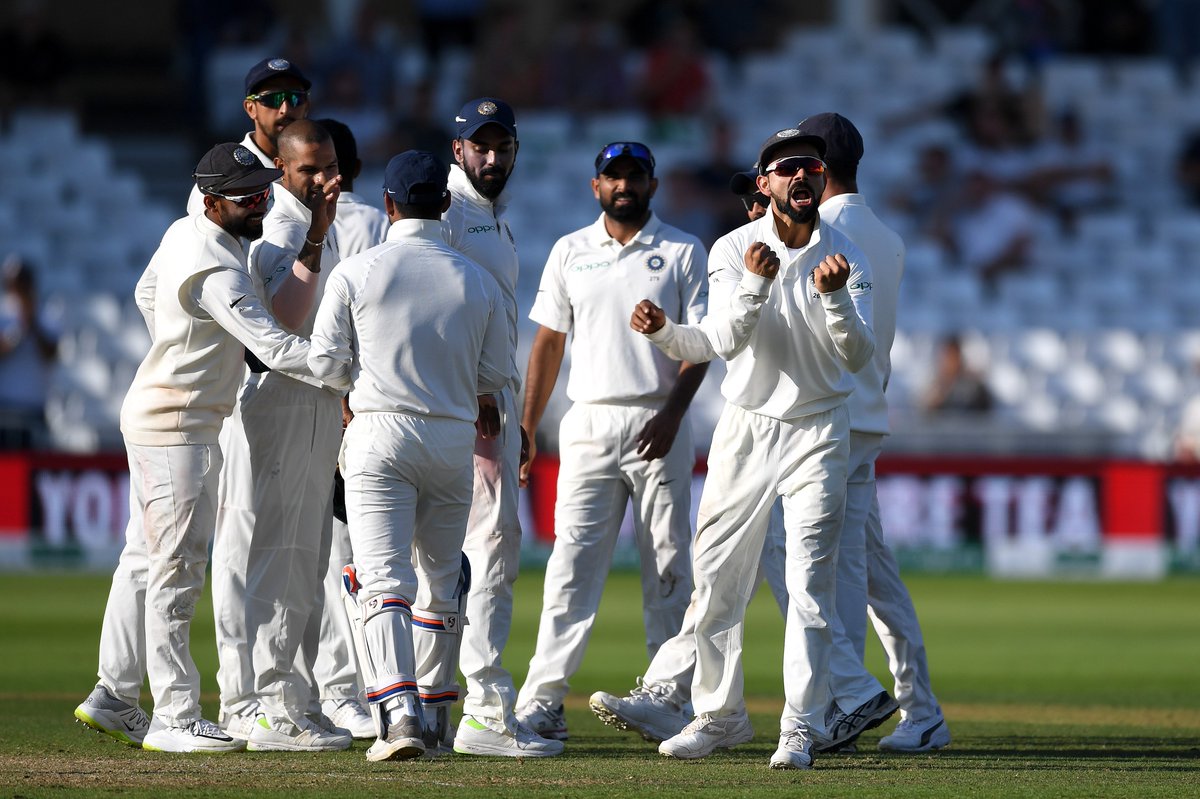 During that time Buttler (106) went to his maiden Test century but his dismissal triggered another mini-collapse towards the end of the day.

Hardik Pandya dealt with Stokes (62) with the new ball and a brilliant spell from Bumrah tore into the tail.

Stuart Broad and Adil Rashid counter-attacked with a fifty-run tenth wicket stand. Broad didn’t get into line a whole lot but struck three fours in his twenty and became the first Englishman to score 3,000 runs and take 400 or more Test wickets.

Bumrah (5/85) finally found the edge of Broad’s bat with Rahul bagging his fifth catch at second slip to give the quick his own five-fer.

But Rashid (30*) and James Anderson (8*) somehow clung on until past 7 pm and will return tomorrow intent on frustrating India further.

England need a nearly impossible 210 runs to win with their final pair at the crease.