Home Countries India India pile on the runs in Antigua

India pile on the runs in Antigua 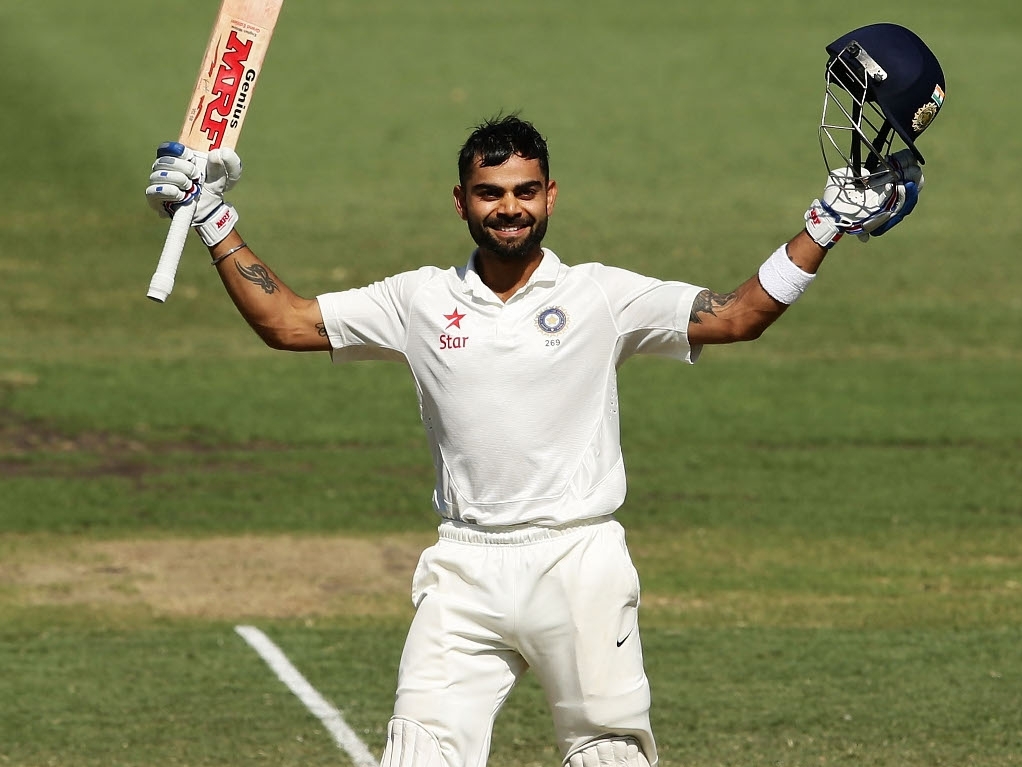 A maiden double century from Virat Kohli and a follow-up ton from Ravichandran Ashwin put India in a commanding position on day two of the first Test against the West Indies.

Resuming on 302/4, Indian captain Kohli soon got back to his run-scoring ways, wasting little time in adding to his overnight total of 143.

After partner Ashwin moved steadily to a 50, it was Kohli's turn to celebrate his first ever double hundred in Test cricket – and also the first by an Indian captain overseas.

Having reached that mark in the final over before the lunch break, Kohli was dismissed just two balls into the second session, Shannon Gabriel the man finally affecting the breakthrough and forcing the inside edge onto the stumps.

It brought scant relief, however. With Ashwin now well set, the right-hander played the leading role as both Wriddhiman Saha and Amit Mishra provided able support.

The visitors continuing to batter the West Indian bowlers on the slow and low pitch, though a couple more wickets did fall as they tried to up the scoring rate.

Ashwin eventually recorded his century, with Saha adding 40 and Mishra 53 at an impressive strike rate of 78, as India finally declared on a formidable 566/8.

Gabriel and Devendra Bishoo did most of the hard graft for the Windies in the field, picking up five wickets between them, before a late burst from part-timer Kraigg Brathwaite saw the off-spinner claim the last three wickets of the innings as the visitors looked to step on the gas.

India gave themselves a solid hour and a half to have a go at the opposition before the end of the day's play, and though the Windies came close to surviving, Mohammed Shami dismissed Rajendra Chandrika for 16 in the penultimate over of the day, leaving the home side on 31/1 in reply to the visitors' massive first innings haul.