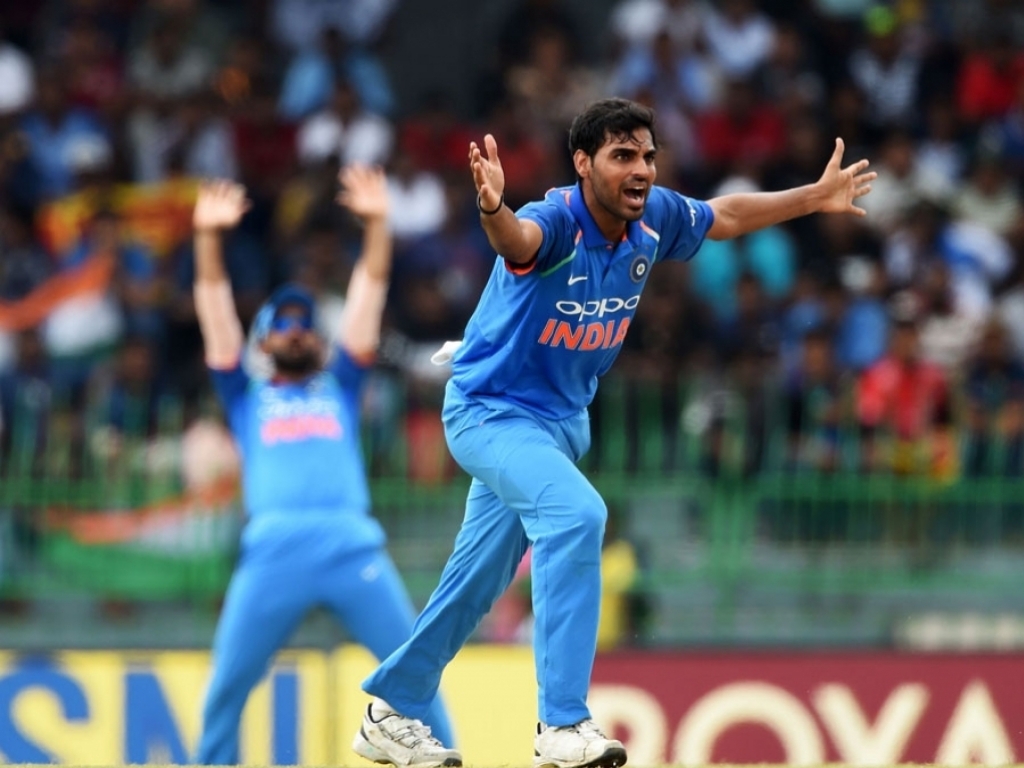 Chasing a target of 239, Kohli struck 110 not out while Kedar Jadhav contributed 63 as India won with more than three overs to spare.

Kohli and Jadhav shared in a fourth-wicket stand of 109 while the India skipper also had a 99-run partnership with Manish Pandey (36) for the third wicket.

The visitors recovered easily from the early loss of openers Rohit Sharma (16) and Ajinkya Rahane (5) with Vishwa Fernando (1-40 from 7 overs) and Lasith Malinga (1-35 from 8 overs) making early inroads for the home team.

Earlier,  Sri Lanka captain Upul Tharanga had won the toss and chose to bat first but his side were in trouble as Bhuvneshwar removed Niroshan Dickwella (2) and Dilshan Munaweera (4) early on.

Tharanga batted well for his 48 but the home team’s innings was built around a 122-run stand for the fourth wicket between Lahiru Thirimanne (67) and former skipper Angelo Mathews (55).

However the innings fell away dramatically after that partnership as Sri Lanka, as has happened throughout this tour, capitulated meekly to post 238 all out in 49.4 overs.

Bhuvneshwar finished with figures of 5-42 off 9.4 overs while fellow seamer Jasprit Bumrah took 2-45 from his 10 overs.

After winning the three-match Test series three-nil and completing the sweep in the ODIs, India will be looking to end a perfect tour when they face Sri Lanka in a one-off T20I at the same stadium on Wednesday.