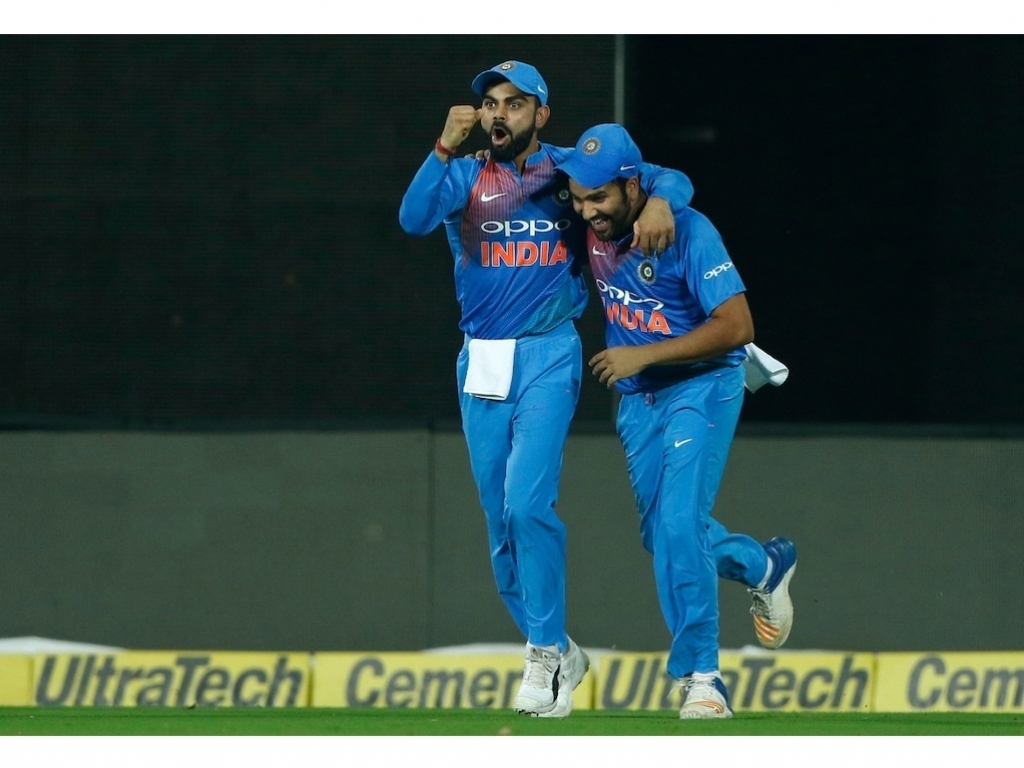 India completed a dramatic six run victory in the final T20I against New Zealand at Greenfield stadium in Kerala to seal the series 2-1.

An afternoon thundershower looked to have washed away all chance of a game but a 9 pm inspection saw the match cleared to go ahead, shortened to 8 overs a side.

New Zealand won the toss and elected to bowl and it was always going to be a helter skelter affair with each wicket, boundary and dot ball significant.

Tim Southee (2/13) picked up the wickets of the openers cheaply but India had to keep the foot down.

They reached 67/5 in their 8 overs a total that meant the game would almost certainly go the distance.

Yuzvendra Chahal put in what was perhaps the match winning performance despite failing to grab a wicket but his two overs went for just 8 runs.

A pair of late sixes from Colin de Grandhomme (17*) gave New Zealand some hope but with 11 needed off three in the final over de Grandhomme lost the strike and Mitchell Santner couldn’t find the fence.

The win means Pakistan overtake New Zealand at the top of the T20I rankings.