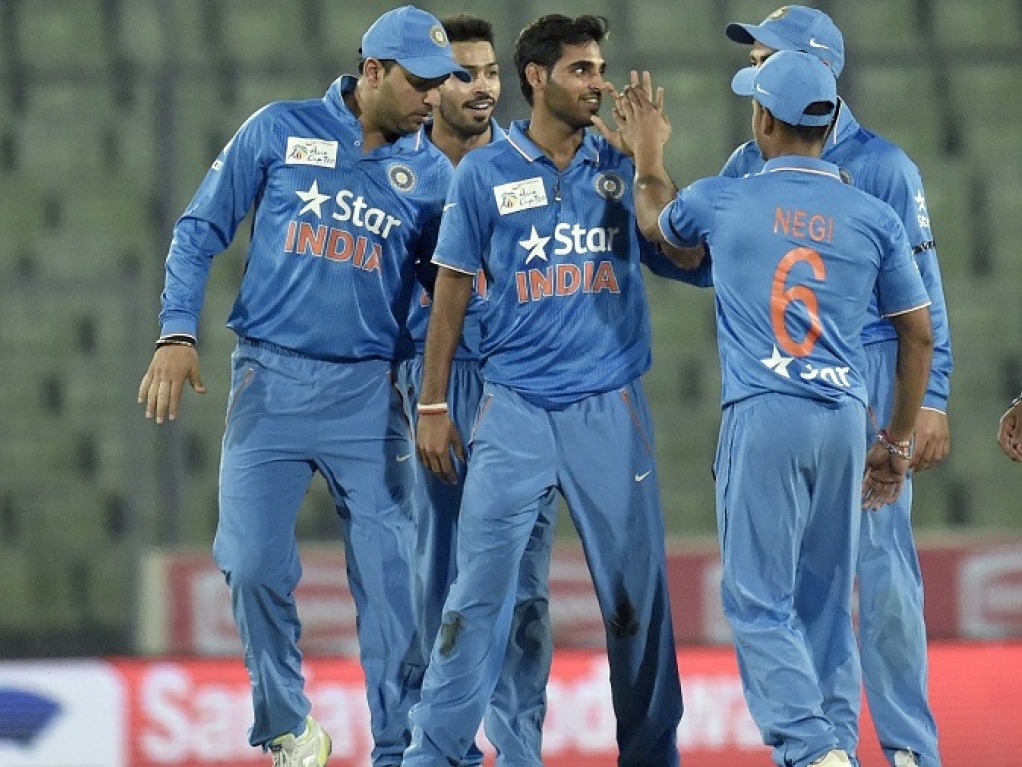 India strolled to a comfortable nine-wicket victory over the United Arab Emirates in a T20I Asia clash in Mirpur on Thursday after restricting the Associate team to 81 for nine in their 20 overs.

The UAE won the toss and batted first but that was just about the only thing that went right for the Associate side as they found themselves at two for two in the fourth over.

Bhuvneshwar Kumar made the initial breakthrough removing opener Swapnil Patil in the third over for a single before Jasprit Bumrah got Mohammad Shahzad for a duck.

Number four batsman Shaiman Anwar was the only UAE player to show any sort of application at the crease, grafting his way to 43 off 48 balls before he was last man out.

Seamer Kumar was the pick of the bowlers with figures of two for eight in four overs while all the other bowlers used by MS Dhoni, including debutant left-arm spinner Pawan Negi, took one wicket each.

The chase was never going to be difficult for a powerful Indian batting line up as openers Rohit Sharma and Shikhar Dhawan put on 43 in six overs for the first wicket.

Rohit was the only wicket to fall when was out to Qadeer Ahmed for a 28-ball 39, including seven fours and one six.

Dhawan (16 not out) and Yuvraj Singh (25 not out) though continued to attack the bowling and were there at the end as India reached their target in the 11th over.