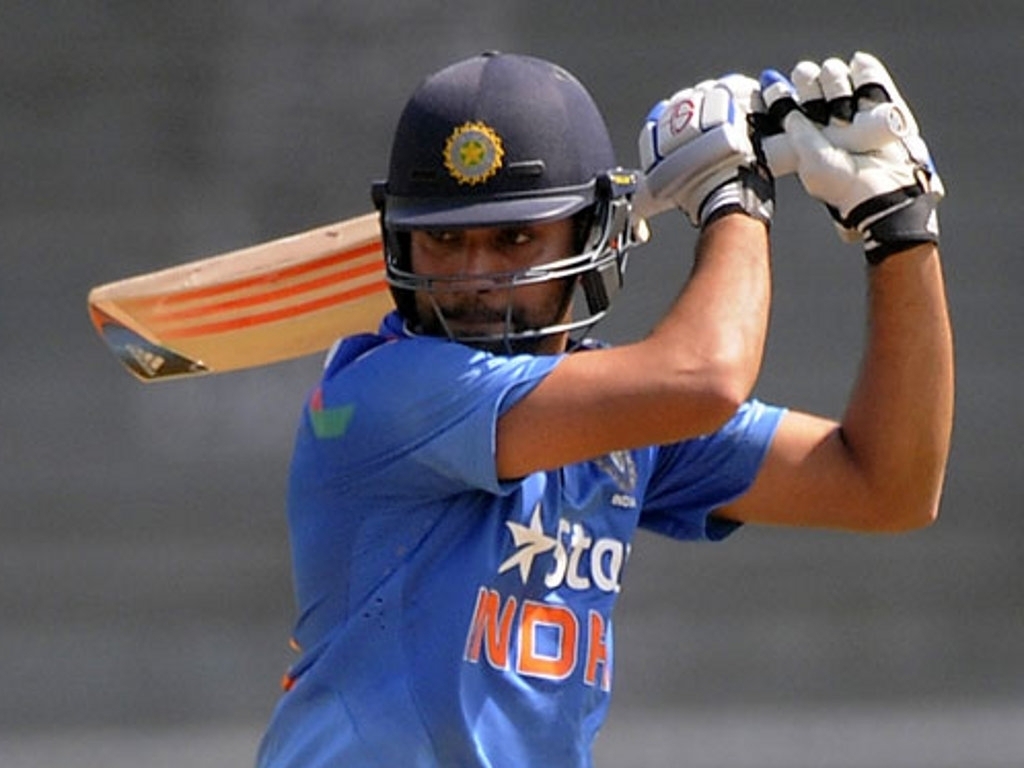 India took a 4-0 lead over Sri Lanka in the One Day International (ODI) series between the two countries after beating the visitors by 153 runs at Eden Gardens in Kolkata on Thursday.

After India posted 404/5 in their 50 overs, thanks largely to a world record 264 by Rohit Sharma, Sri Lanka run chase never got going and fell well short in the end, dismissed for 251.

Kusal Perera lost his wicket in the first over to Umesh Yadav, pulling a short one wide of the off-stump and managing only to sky it to midwicket in the circle, without troubling the scorers.

Wicketkeeper Dinesh Chandimal (nine) didn’t last longer, falling to Stuart Binny, and when Mahela Jayawardena was trapped leg-before by Yadav for four, the match as a contest was over.

Opener Tillekeratne added made 34 before he too fell to Binny, his dismissal making the score 48 for four.

Captain Angelo Mathews added 118 for the fifth wicket with Lahiru Thirimane before the skipper fell for 75, stumped off the leg-spinner Akshar Patel.

Thirimane (59) and Thisara Perera (29) added some quick runs and at one point was ahead of where India was at the same stage following three sixes off one Patel over, but with the regular fall of wickets, the match was already over at that stage.

Seekugge Prasanna  (11) and Nuwan Kulasekera (naught) fell to Dhawal Kulkarni, before Ajantha Mendis was the last man out with the score on 251 for four. Shaminda Eranga was unbeaten on 12 at the other end.

Earlier, Rohit smashed the record for the highest ever score in ODIs when he scored his record innings when opening the batting with Ajinkya Rahane after India won the toss and elected to bat first.

Aided by some truly horrific bowling and fielding by the Sri Lankans – he was dropped three times during his record-breaking knock including once when on four by Thisara Perera – Rohit obliterated the previous record of 219 runs in a 50-over international – held by Virender Sehwag – and narrowly missed out on Ali Brown’s List A record of 268.

Rohit also became the first player to score two ODI 200s after his knock of 209 against Australia last year, and the second in List A to achieve that feat behind Brown

Nevertheless, during their opening salvo, Rahane was the more impressive of the openers before he was dismissed for 28 in the eighth over with the score on 40 for one.

Sri Lanka were still well in the game when number three Ambati Rayadu (eight) was bowled by Shaminda Eranga in the 13th over with the score on 59 for two.

Rohit was then joined by stand-in captain Virat Kohli at the wicket, and together the pair added 202 for the third wicket before the skipper was run-out for a well-played 66 after a mix-up with Rohit when attempting a second run following a miss-field.

Following Kohli’s dismissal, he was joined by at the wicket by Suresh Raina, who hit two quick boundaries before he became Angelo Mathews’ second wicket when the left-hander was caught by Mahela Jayawardena for 11. Mathews previously dismissed Rahane leg-before.
Raina’s dismissal in the 41st over with the score on 276 for four brought Robin Uthappa to the wicket

Rohit and Uthappa (16 not out) then added 128 for the fifth wicket before the opener was caught on the fence off the final delivery of the innings for 264 off 173 deliveries, which included 33 fours and nine sixes.