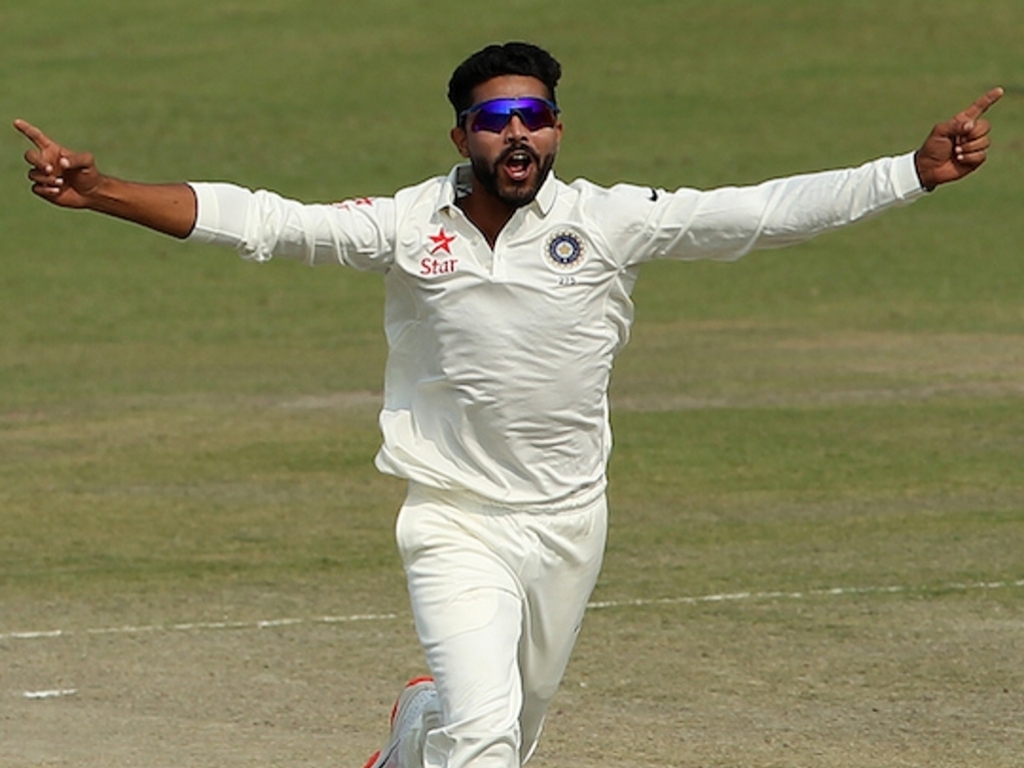 India were firmly in command at stumps on day three of the first Test against New Zealand, holding a lead of 215 runs after spinners Ravi Ashwin and Ravi Jadeja did the job earlier in the day.

India were on 159 for one at the close, having bowled the Black Caps out for 262 in the afternoon. Ashwin took four wickets and Jadeja five, as the Kiwis fell from 152 for one overnight to all out 110 runs later.

At the close Murali Vijay had recorded his half ton and was on 64, while Cheteshwar Pujara was on a more patient 50. These were the second half tons the in match for both batsmen.

The one wicket to fall was that of KL Rahul, who had made 38 before being removed by Ish Sodhi, caught by Ross Taylor with the score on 52 in the 18th over.

The day began with the Kiwis trailing by 166 runs and with Tom Latham and Kane Williamson well set on 56 and 65 respectively. But Ashwin was having none of it, and removed both set batsmen within the first hour.

And from there it was all Jadeja, as he ripped the middle order apart. He trapped Taylor in front for a duck, did the same to Luke Ronchi on 38, and also got Mark Craig and Sodhi out LBW. In fact, six of the 10 batsmen were out that way.

Mitchell Santner tried to resist later on, making 32, while BJ watling’s 21 was the only score of note in the lower order. He was caught and bowled by Ashwin as the final wicket to fall.

India then batted for 47 overs and built their lead over 200, and with two days to go and the deck playing in the hosts’ favour, the Kiwis have it all to do to avoid defeat.