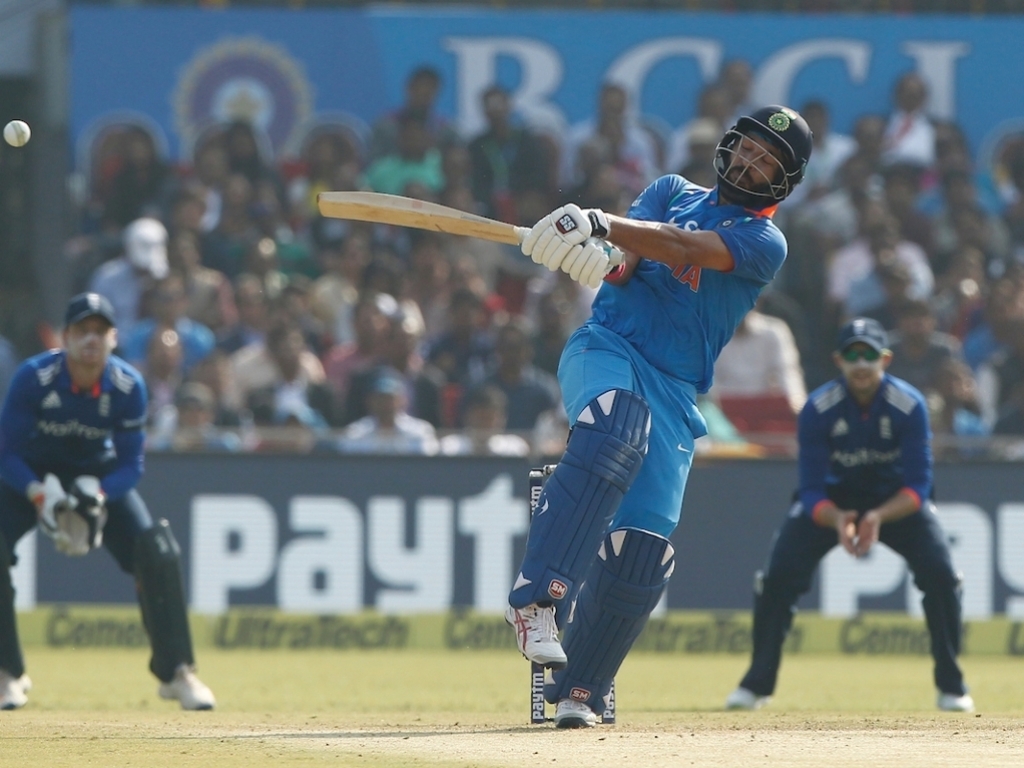 India survived an Eoin Morgan inspired scare to win a high scoring match against England in Cuttack to clinch the ODI series with one game left to play.

Before Morgan’s valiant hundred, MS Dhoni and Yuvraj Singh rolled back the years to help guide India to a massive total of 381 for six in their fifty overs.

Chris Woakes struck three times in the space of two overs to leave India 25 for 3 capturing the wickets of Lokesh Rahul (5), Shikhar Dhawan (11) and Virat Kohli (8).

England would have to wait a long time for their next wicket though as Yuvraj and Dhoni put on 256 for the fourth wicket, the second highest stand for that wicket for India.

Yuvraj would record his highest score in ODI cricket hitting 21 fours and three sixes on his way to a score of 150.

Dhoni would also pass three figures conjuring memories of the 2011 World Cup where the pair were star performers as India lifted the trophy.

Woakes would return to capture his fourth when he had Yuvraj caught behind as India chased a big finish.

In pursuit of late runs India lost Dhoni (134) and Kedhar Jadhav (22) to Liam Plunkett but they would still reach a huge total.

Woakes ended as the pick of the bowlers with figures of 4 for 60.

England would approach the chase without fear and came within 16 runs of recording an historic victory.

Jason Roy got the ball rolling with a well struck 82 off 73 balls before Ravindra Jadeja undid him with a straight ball.

Joe Root contributed another fifty to England’s cause eventually departing for 54 but the star of the ultimately futile effort was Morgan.

He hit 102 off 129 balls before his run out in the penultimate over saw the chase run aground.

Moeen Ali (55) and Morgan had reignited victory hopes with a wonderfully fluent partnership that ended when the former dragged one on from Bhuvneshwar Kumar.

Liam Plunkett (26 not out) saw out the innings but couldn’t find the boundary often enough to steal victory.

England lost by 15 runs and now trail 2-0 in the three match series.