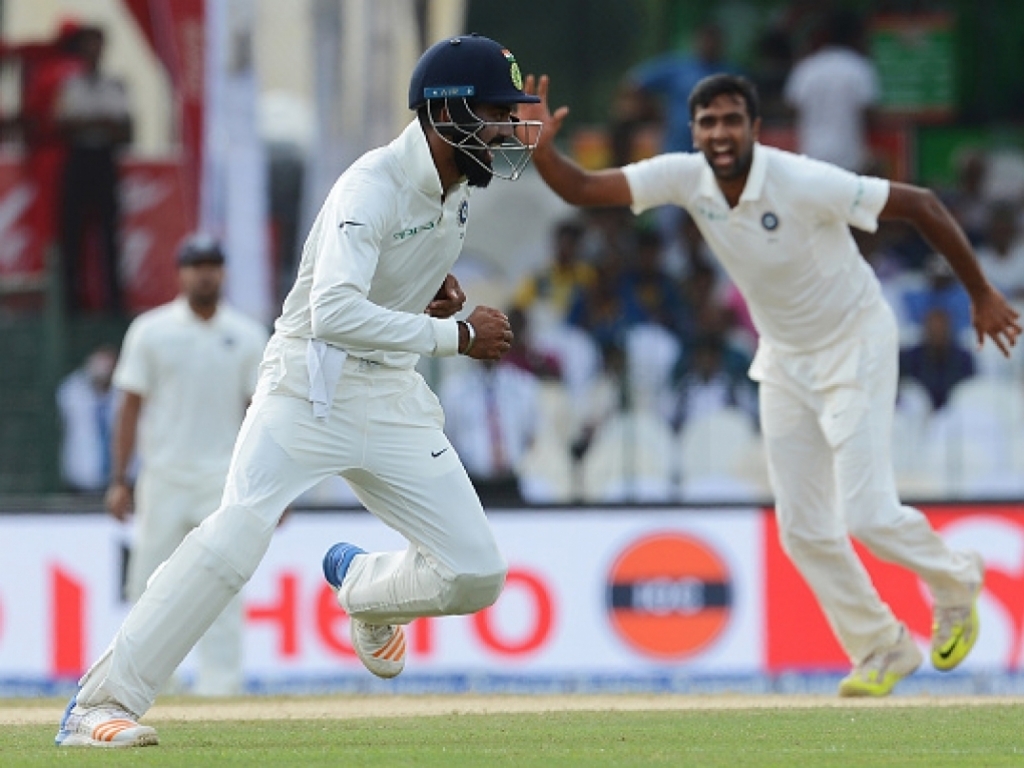 India continued their dominance over Sri Lanka in the Test series by amassing a mammoth score of 622/9 declared on the second day of the second Test and then dismissing both the home team’s openers by stumps.

Resuming on 344/3 with both centurions of the first day, Cheteshwar Pujara and Ajinkya Rahane, still at the crease, India were eyeing a big total to put further pressure on the hosts.

The visitors, who won the first Test in Galle, lost Pujara (133) and Rahane (132) relatively early in the morning session with Dimuth Karunaratne and Malinda Pushpakumara claiming their first Test wickets.

However, Ravi Ashwin (54) and Wriddhiman Saha (67) stuck around and got good support from the lower-order with Hardik Pandya (20) making a solid contribution.

Ravi Jadeja, batting a number nine, wielded his willow to good effect to hit an unbeaten 70 from 85 balls while Mohammad Shami contributed 19 before captain Virat Kohli called the players in.

Left-arm spinner Rangana Herath took 4-154 from 42 overs while Pushpakumara finished his debut innings in the field in the longest format with figures of 2-156 from 38.2 overs.

India bowled 20 overs before the close and Ashwin got rid of both openers, with Upul Tharanga going in the second over for a duck. Karunaratne was out 25 as the off-spinner ended the day with 2-38 from 10 overs.

Kusal Mendis (16 not out) and home skipper Dinesh Chandimal (8 not out) will resume on the third morning with a massive task on their hands of they want to save the game and series.