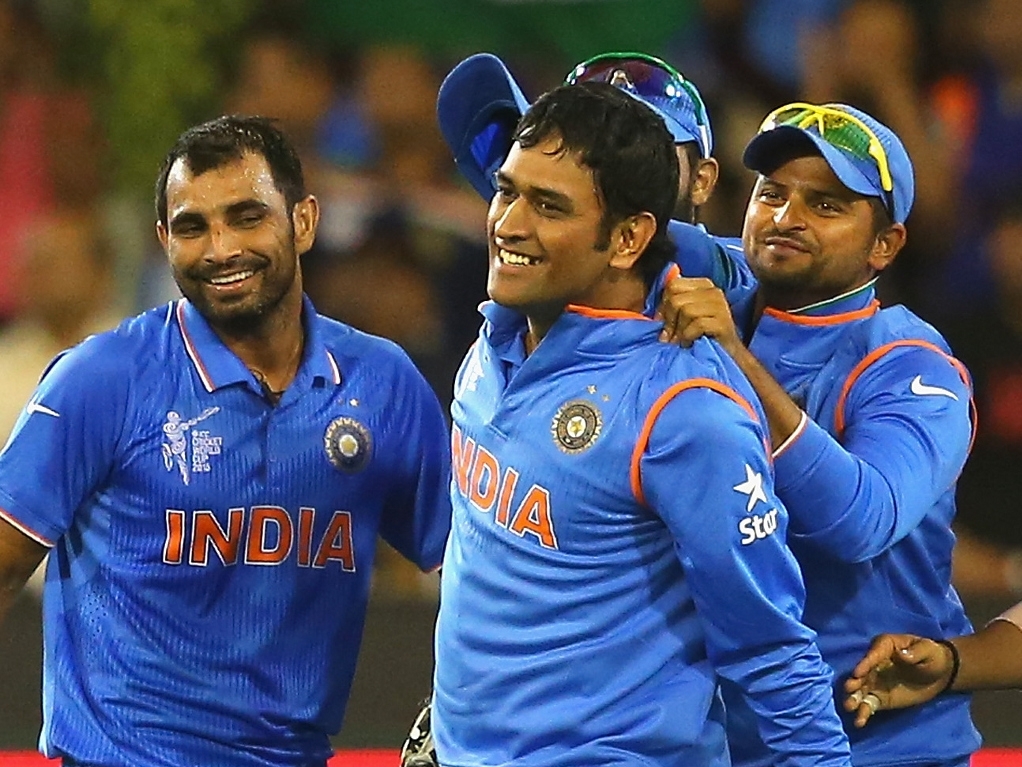 India made light work of Bangladesh in Melbourne on Thursday, after a gritty Rohit Sharma century put plenty of runs on the board and the Tigers fell to 193 all out, unable to combat the pace and lines of Umesh Yadav and Mohammed Shami.

India won by 109 runs as they easily defended the 302 they posted, and the record of no side chasing 300-plus at the MCG remained in tact. The Tigers bowled well initially, but were unable to contain India's long line-up.

MS Dhoni won the toss and opted to bat, and it wasn't easy going at the start for his batsmen. Rohit and Shikhar Dhawan did manage a half ton stand, but it took more than 16 overs to score 75 runs, at which point Shikhar Dhawan was stumped for 30.

Virat Kohli was unable to contribute as he was out a little while later to Rubel Hossain for three. The bowler had to be held back by his team mates as he tried to give Kohli a proper verbal send-off, such was his delight.

Rohit and Suresh Raina settled the knock though, and resisted despite some tight Tigers bowling. Raina made a nifty 65, while Rohit advanced to a more composed century than many are used to. His ton came off 108 balls and included just the one six.

Raina was out to Mashrafe Mortaza, caught behind, bringing Dhoni to the middle to join Rohit and they added nearly 40 runs in the next three overs. Rohit was eventually our for 137, while Dhoni made just six of those 40 runs.

Ravi Jadeja's 23 off 10 balls ensured a 300-plus score, and negated the good work the Tigers had done earlier in the day. At one stage they looked to restrict India to 250, before the death overs saw the wheels come off.

The chase was never really on the cards, despite Tamim Iqbal coming out firing. He made 25 off 25 balls before being caught behind off Umesh Yadav, and the paceman then ran Imrul Kayes out a few minutes later.

The top score for the Tigers was 35 from Nasir Hossain, while only Sabbir Rahman's 30 also passed the 20s. The rest of the batsmen mostly got set, but regular strikes from Yadav, Shami and Jadeja put paid to the chase, and the Tigers' campaign.

India will face either Australia or Pakistan in the semi-finals next week.