Home 2015 World Cup Ireland get one over Test-playing Tigers

Ireland get one over Test-playing Tigers 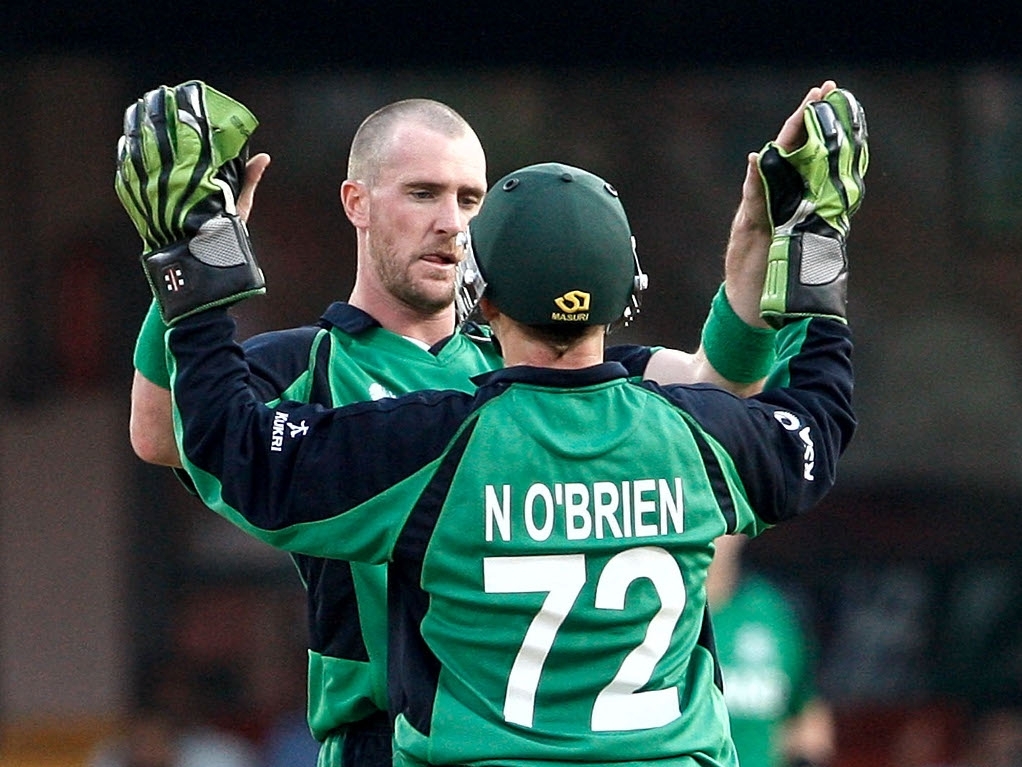 Ireland's bowlers did a superb job against Bangladesh in their World Cup warm up match on Thursday, preventing a big score to allow the batsmen to secure a win by four wickets.

The Tigers made 189 all out, with John Mooney and Max Sorensen taking three wickets each, and then the Scottish batsmen chased that down in 46.5 overs, thanks in large part to Andy Balbirnie's 63 not out.

Ireland won the toss and opted to field, and this decision proved correct as Tamim Iqbal was removed for just four runs by Mooney in the fifth over. Mominul Haque and Shakib-al-Hasan were both out for eight.

While four batsmen reached the 20s, only Soumya Sarkar managed more, and he top-scored with 45 off 51 balls. He was run out by George Dockrell, who had also removed Mushfiqur Rahim with his off-spin.

With a low target, Ireland would have though they'd have an easy chase, but it wasn't that simple. Paul Stirling, Niall O'Brien and Gary Wilson were all out for single figures, leaving Ireland on 78 for four.

But 47 from Ed Joyce, as well as 23 from Kevin O'Brien, bolstered the score and allowed Balbirnie to hit out at the end. He made his 63 off 79 balls, which included six fours. Taijul Islam was the pick of the Tigers' bowlers, taking two wickets.