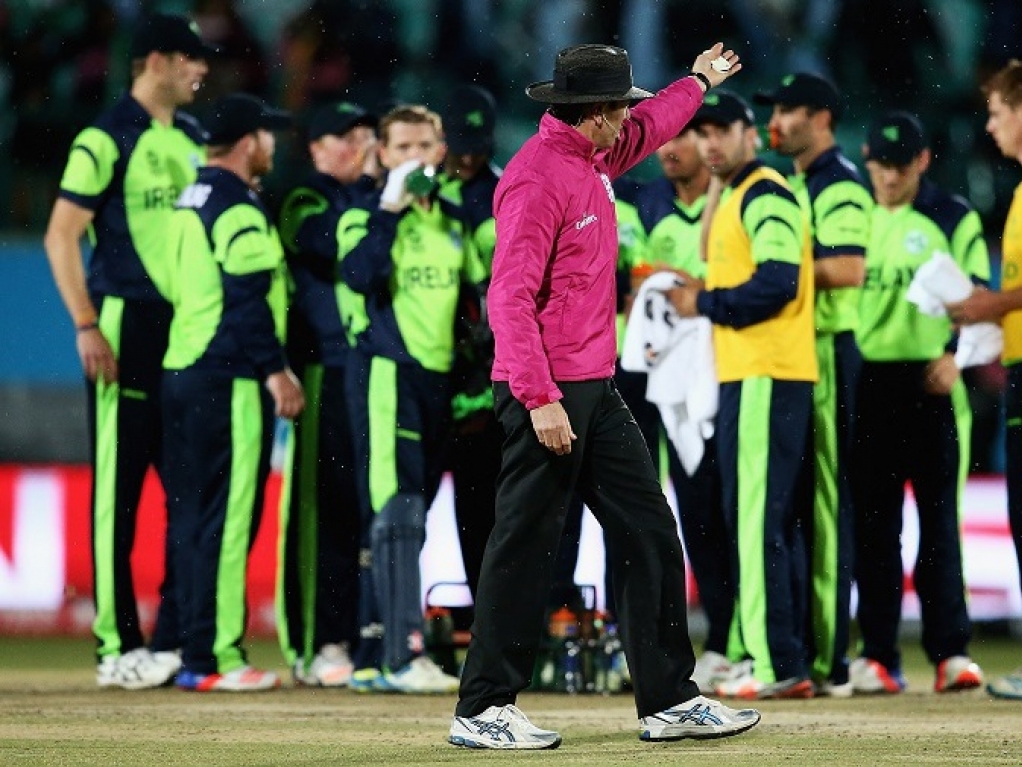 Ireland were knocked out at the first round of the World T20 on Friday after their game against Bangladesh was abandoned due to rain after only eight overs were possible in the first innings.

The Irish, who needed to win to stay in the tournament after their shock loss to Oman on Wednesday, won the toss and elected to field first in the 12-over match after persistent rain caused the start to be delayed.

The Tigers were 94 for two after opening batsman Tamim Iqbal 47 off just 26 balls, including three fours and four sixes, before he was caught at midwicket off the bowling of left-arm spinner George Dockrell.

Ireland's right-arm off-break bowler Andy McBrine made the initial breakthrough as he had Soumya Sarkar stumped by wicketkeeper Niall O'Brien for 20 in the fifth over.

The groundsmen brought the covers onto the field just as Tamim's wicket fell with the last ball of the eighth over with no further play possible leaving both teams to get one point.

Ireland take on Netherlands on Sunday in a dead-rubber after the Dutch were knocked out earlier in the day while the Tigers will face Oman in a winner takes all clash.