Ireland out of luck as Oman claim shock win 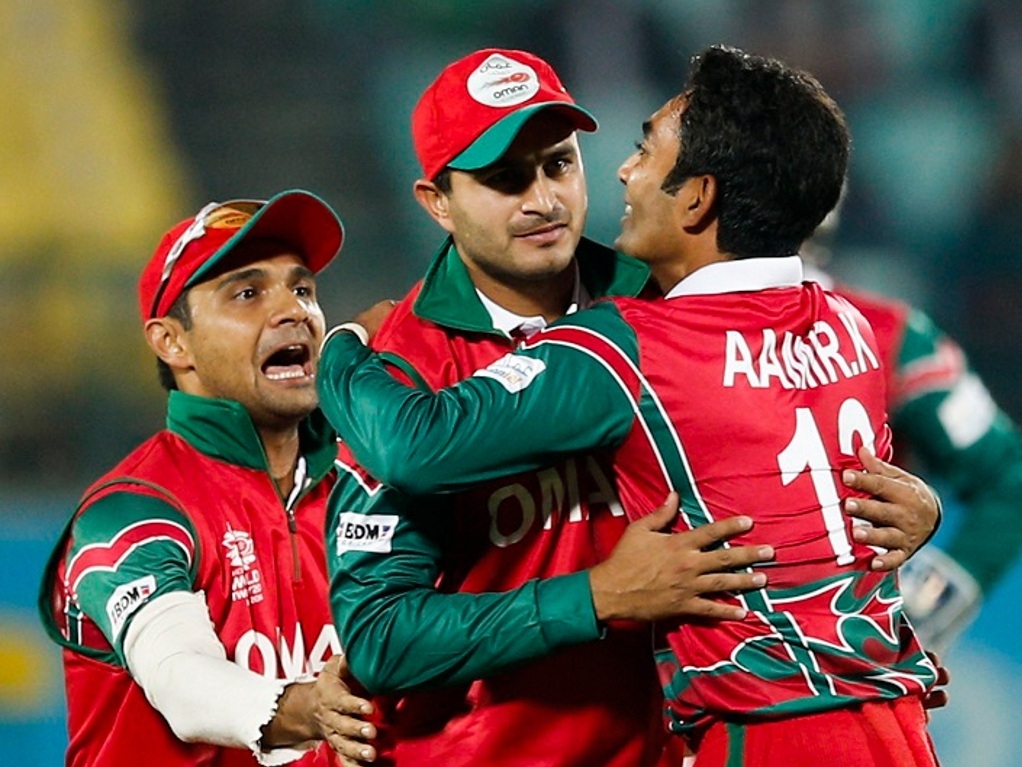 Oman needed 155 to win, their highest chase in T20 cricket, and they did so with two balls to spare thanks to a horrendous final over from Max Sorensen, as well as some gritty batting from the top order.

Ireland needed to win to keep Bangladesh on their toes, and this win for Oman will certainly be good news for the Tigers as only one side from each group can advance to the Super 10 stage.

The match was a showcase for sublime fielding moments too, as Zee Maqsood pulled off what must be the catch of the year so far, when he dived full stretch to his left, catching the ball with one hand, to remove Paul Stirling for 29.

Ireland had won the toss and chose to bat, and while they got off to a solid enough start, they never really accelerated as Oman's part-timers kept the brakes on very well. Gary Wilson's 38 was the best score for the men in green.

Oman's chase started off brilliantly and the 69-run platform laid by Maqsood and Khawar Ali proved instrumental. Ireland took regular wickets once they broke the opening stand, but their extras proved deadly.

They gave away 16 extras, including seven no balls and six wides, as Oman edged, nurdled, and flicked their way towards the target. The final over saw them needing 14 runs, and Sorensen bowled three beamers above waist height to hand over the advantage.

Oman needed three to win off two balls, and another no-ball from the bowler went through the keeper's legs to the ropes, handing five free runs, and the win, to the Asian side.