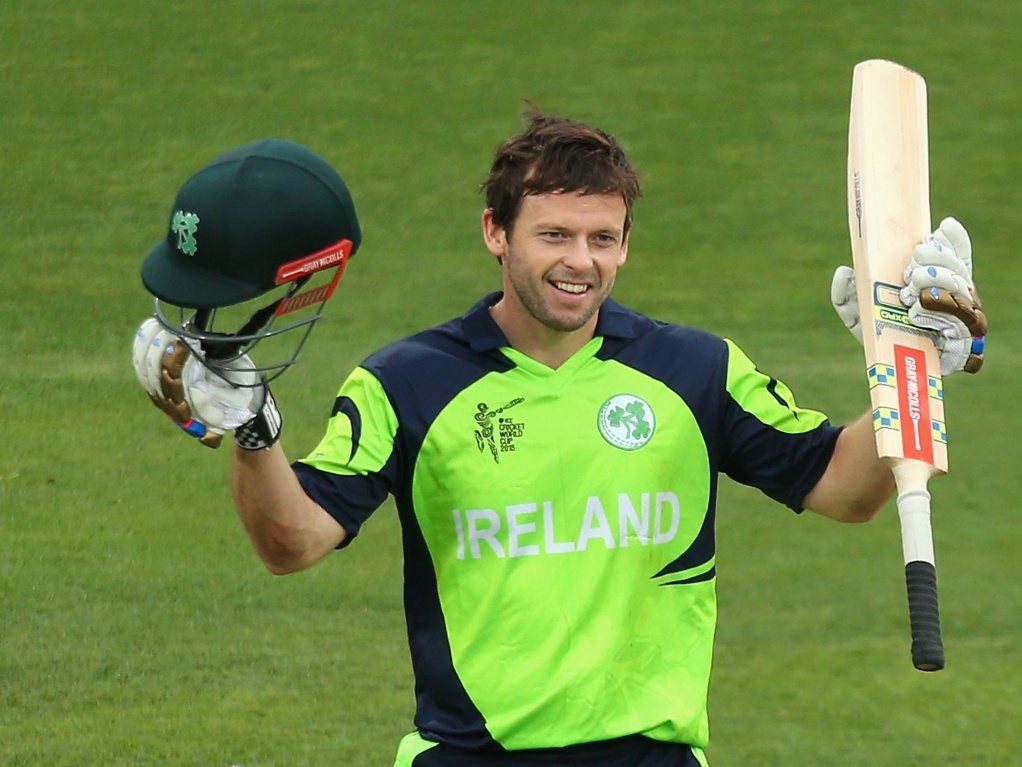 A century from senior batsman Ed Joyce and two wickets in the final over by seam bowler Alex Cusack ensured Ireland came out on top, by five runs, in a tense World Cup Pool B encounter against Zimbabwe in Hobart on Saturday.

After losing the toss and being sent in to bat, Ireland managed to post a decent score of 331 for eight in their 50 overs. The innings was built around the third wicket partnership of 138 in 18.3 overs between Joyce and Andy Balbirnie that rescued the Irish from a slow start that saw them at 79 for two in the 21st over.

Joyce struck nine fours and three sixes in his knock of 112 off just 103 balls while Balbirnie scored 97 off 79 balls. Some late-order hitting from wicketkeeper Gary Wilson( 24 from 13 balls) propelled Ireland to a more than useful total to defend.

None of Zimbabwe's bowlers really impressed, however fast bowler Tendai Chatara claimed three wickets late in the innings, while going for 61 runs in his 10 overs.

Zimbabwe's run-chase started disastrously, losing their first four wickets with just 74 runs on the board, however stand-in captain Brendan Taylor and Sean Williams then combined for a 149 run stand that was littered with glorious drives and big-hitting.

Taylor scored a majestic 121 off 91 balls before Cusack induced him to go for one big shot too many. At that stage the Africans were on 223 for five, and with all their hopes resting on the shoulders of Williams.

Williams certainly put on valid effort, scoring 96 before he was controversially caught on the boundary. It seemed as if the fielder's foot touched the boundary sponge but Williams was adjudged out and had to go. Zimbabwe were eight wickets down with two overs to go.

The African side needed 23 off 12 balls and up stepped tail-ender Tawanda Mupariwa, slamming Kevin O'Brien for two fours and a six in the penultimate over. Zimbabwe now just needed seven of the last over, still with two wickets in hand.

Cusack then delivered for the Irish, first bowling Regis Chakabva off the first ball, then having Mupariwa caught at mid-on giving Ireland victory with three balls to spare.

The 34 year-old Cusack ended with figures of four for 32 as Ireland kept their quarterfinal hopes alive, and left Zimbabwe with no chance of progressing.