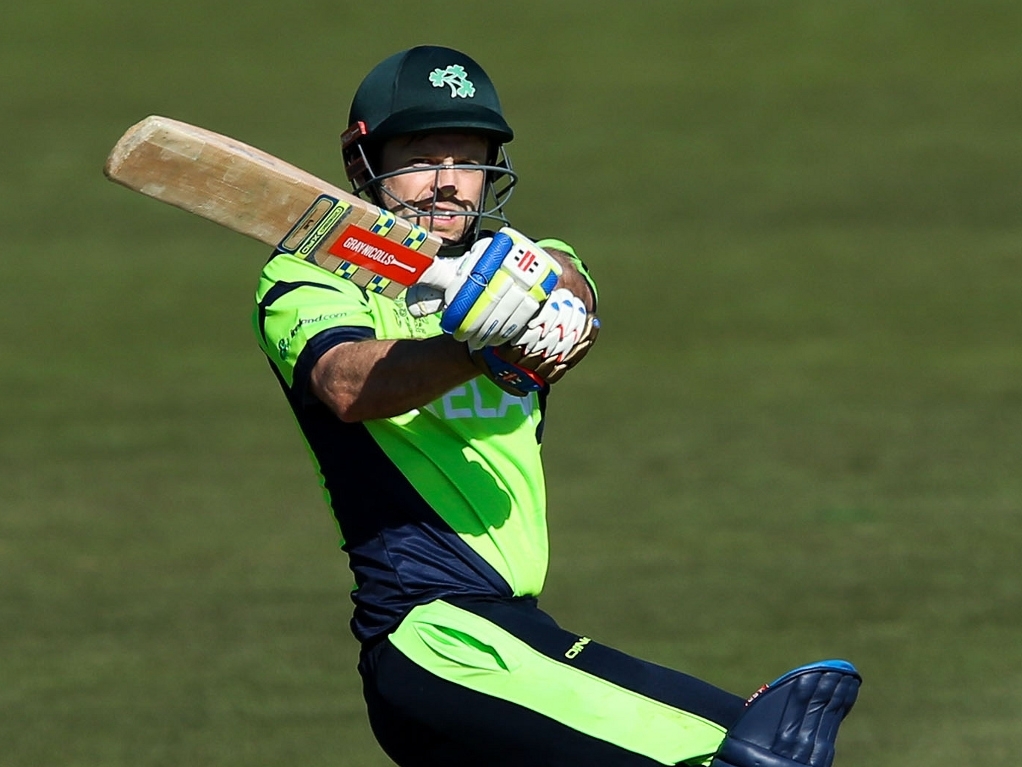 Ireland got their World Cup off to a great start on Monday, beating the West Indies by four wickets and chasing down a 300-plus score thanks to big half tons from Niall O'Brien, Ed Joyce and Paul Stirling.

Lendl Simmons' ton was in vain after the Windies recorded the umpteenth 300-plus score of the event so far. They racked up 304 for seven, with Simmons making 102 and Darren Sammy a brisk 89. Ireland chased that down with four overs to spare.

Ireland won the toss and opted to field, hoping to keep the score to a minimum. They'd have been pleased with their start, as Dwayne Smith and Darren Bravo were removed cheaply, the latter for a duck.

Chris Gayle added 36 runs to the score, but at one stage the Windies were five down for 87. Denesh Ramdin was out for one run as spinner George Dockrell took three middle order wickets.

But Simmons and Sammy then took the score from 87 to 241, with Sammy making his 89 off 67 balls. He hit four sixes in that time, while Simmons reached his ton off 83 balls. A quick 27 from Andre Russell pushed the score over 300.

The Irish chase got off to a good start as openers Paul Stirling and William Porterfield put on 71 for the first wicket. Skipper Porterfield made just 23 of those though, before being dismissed by Gayle.

Three big half tons followed, with Stirling making 92 off 84 balls, Joyce continuing his county form to make 84, and Niall O'Brien seeing the side home with 79 not out off 60 deliveries.

There was a flutter of nerves at the end, with 15 runs to go, as Andy Balbirnie, Gary Wilson and KEvin O'Brien were removed for single figures. But IReland had enough in the bank and secured the win in the 46th over.