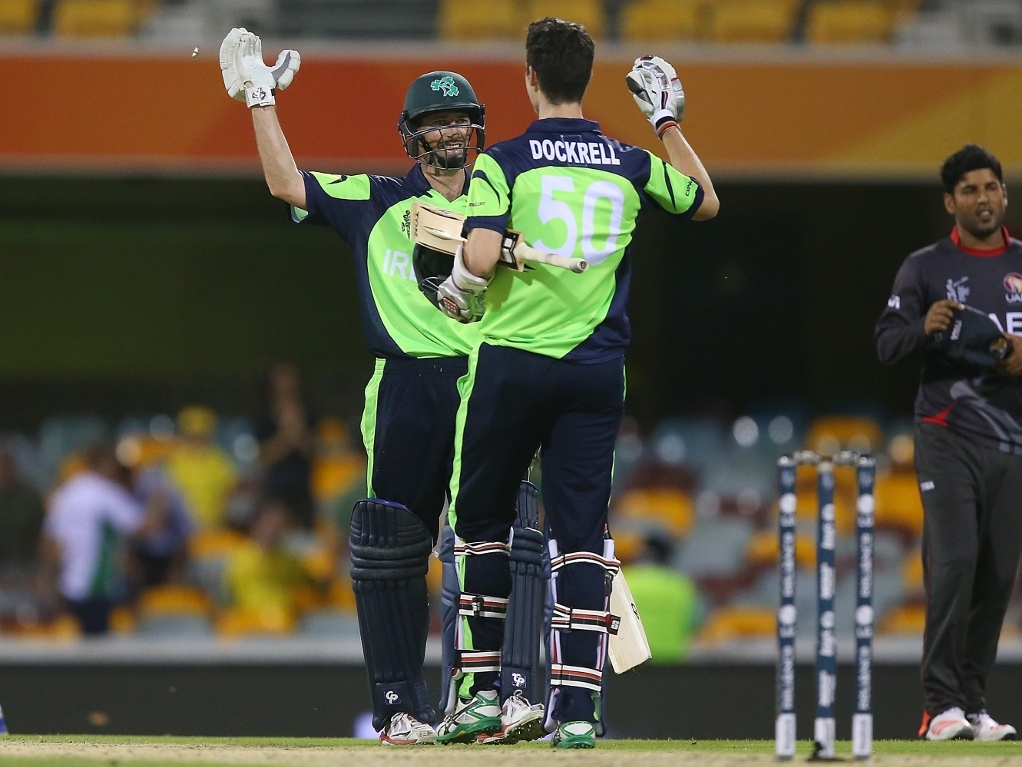 Ireland beat the UAE by two wickets with four balls to spare at the Gabba in Brisbane on Wednesday, as the two teams produced the best match of the World Cup so far.

Chasing 279 to win, Ireland seemed to make things difficult for themselves as they hobbled along in pursuit of the runs. At 97 for four in the 25th over, it was up to wicketkeeper Gary Wilson and Andy Balbirnie to steer the Irish ship in the right direction.

The pair shared in a 74-run partnership, but when Balbirnie was out for 30, with the score at 171 for five, Kevin O'Brien entered. The man who holds the record for the fastest World Cup century lived up to his reputation, hitting a whirlwind 50 off just 25 balls.

O'Brien could not finish the job though, falling with 36 runs still needed, and when John Mooney (2) and man of the match Wilson (80) fell in quick succession, and Ireland were on 267 for eight, the UAE started to believe they could pull off a win.

Tail-enders George Dockrell and Alex Cusack saw the team home, after a few anxious moments, in the final over.

The UAE fought until the end with the ball, with seamer Amjad Javed picking up three for 60 in his 10 overs.

The UAE's total of 278 for nine was built around the sensational century of Shaiman Anwar, batting at number five, who hit 10 fours and one six in his 83-ball innings off 105, but no other batsman gave him the necessary support.

Paul Stirling, bowling off-spin, was the pick of the Irish bowlers, taking two for 27 in 10 economical overs.