It’s all about that pace at in Wellington 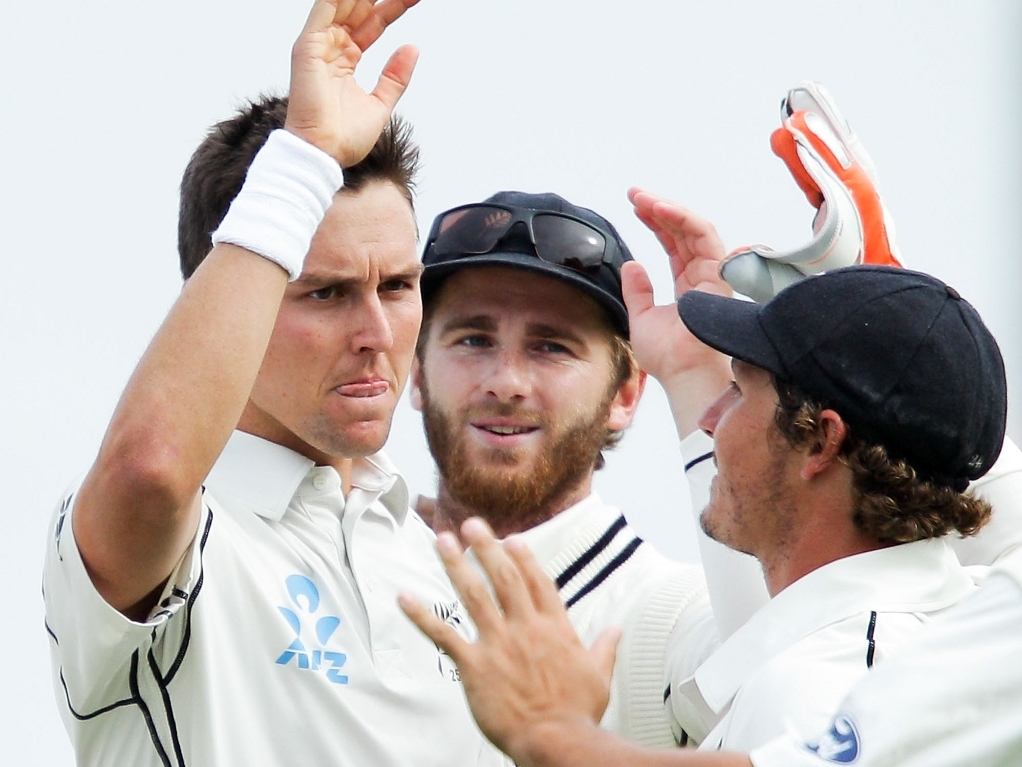 Day one of the second Test between New Zealand and Sri Lanka was not a happy one for batsmen from either side, as 15 wickets tumbled on the day as Sri Lanka reached stumps on a dangerous 78 for five.

The visitors had won the toss and opted the bowl, the usual choice in Wellington, and did exactly what they had hoped, bowling the Kiwis out for 221. But then they also fell foul of the pacemen, and lost five wickets in 25 overs.

Day one at this venue is always a minefield for batsmen, and then the deck evens out for the rest of the game, so the Black Caps would have hoped to survive the day. Kane Williamson's half ton gave them the hope they could do that.

At once stage, the hosts were 141 for two, after Williamson steadied the ship after the early loss of Tom Latham. But then the Sri Lankan pacemen found their second winds, and Nuwan Pradeep and Suranga Lakmal did the damage.

Lakmal accounted for skipper Brendon McCullum, who was out for a duck after scoring a triple century the last time he played here. Tim Southee, having recovered from his ankle niggle, was also out for zero.

And so the Black Caps were all out for 221 in 55 overs, just after tea, and looked to their bowlers to emulate the Sri Lankans. Which they did, as the visitors lost three wickets for less than 30 runs.

Trent Boult got the first wicket if Dimuth Karunaratne for 16, before Doug Bracewell bagged Kaushal Silva and Lahiru Thirimanne in quick succession. Even Angelo Mathews was unable to resist, out to Southee for 15.

Prasanna Jayawardene was the final wicket to fall, bringing about stumps, as Bracewell got his third of the day. As such, the visitors trailed by 143 runs, and will hope that Kumar Sangakkara can rescue the knock from his overnight score of 33.