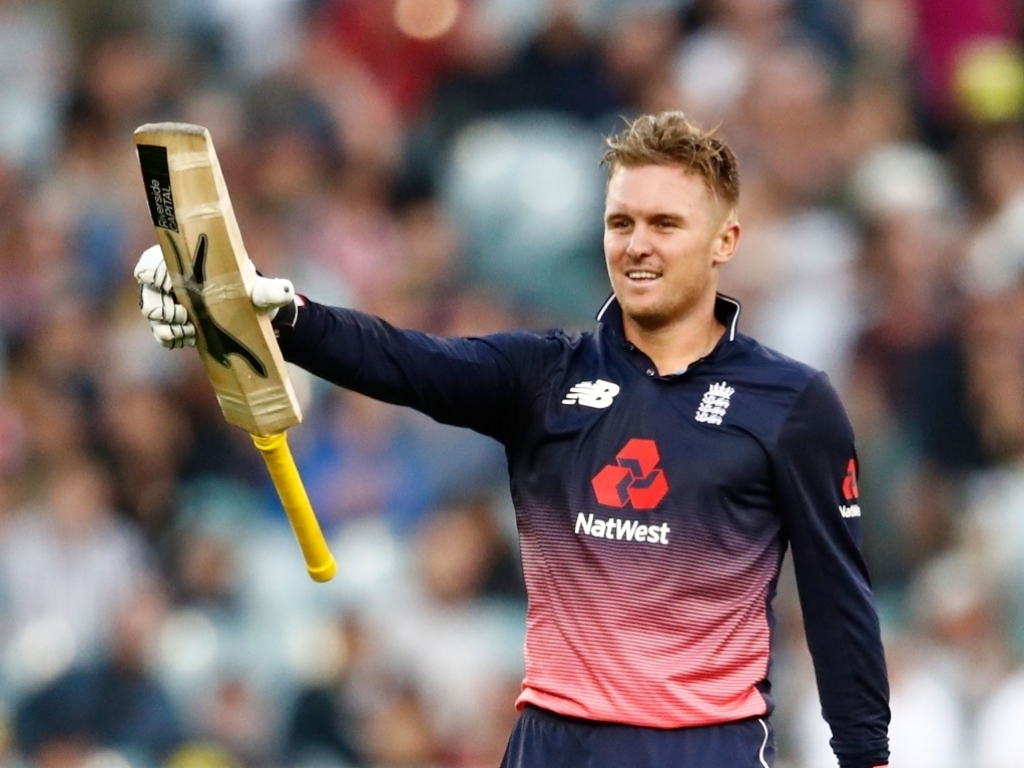 Jason Roy rewrote the record books to post the highest score by an England player as the visitors beat Australia by five wickets in the first ODI at the MCG on Sunday.

Opener Roy smashed 180 off 151 balls, including 16 fours and five sixes, while Joe Root struck an unbeaten 91 as England chased down a target of 305 to win with seven balls to spare.

The tourists got off to good start in the run-chase as Roy and Jonny Bairstow (14) put on put 53 for the first wicket inside the first five overs.

However, they were pegged back when they lost the wickets Bairstow and Alex Hales (4) within an over of each other, slipping to 60/2 in the sixth over.

Roy, who brought up his fourth ODI ton in 92 balls, then combined with Root for a match-winning stand of 221 that only ended in the 43rd over, with England still needing another 24 runs to get.

They lost their captain Eoin Morgan (1) and Jos Buttler (4) towards the end but Root and Moeen Ali (5 not out) saw the visitors draw first blood in the five-match series.

The second ODI of the series takes place in Brisbane on Friday.