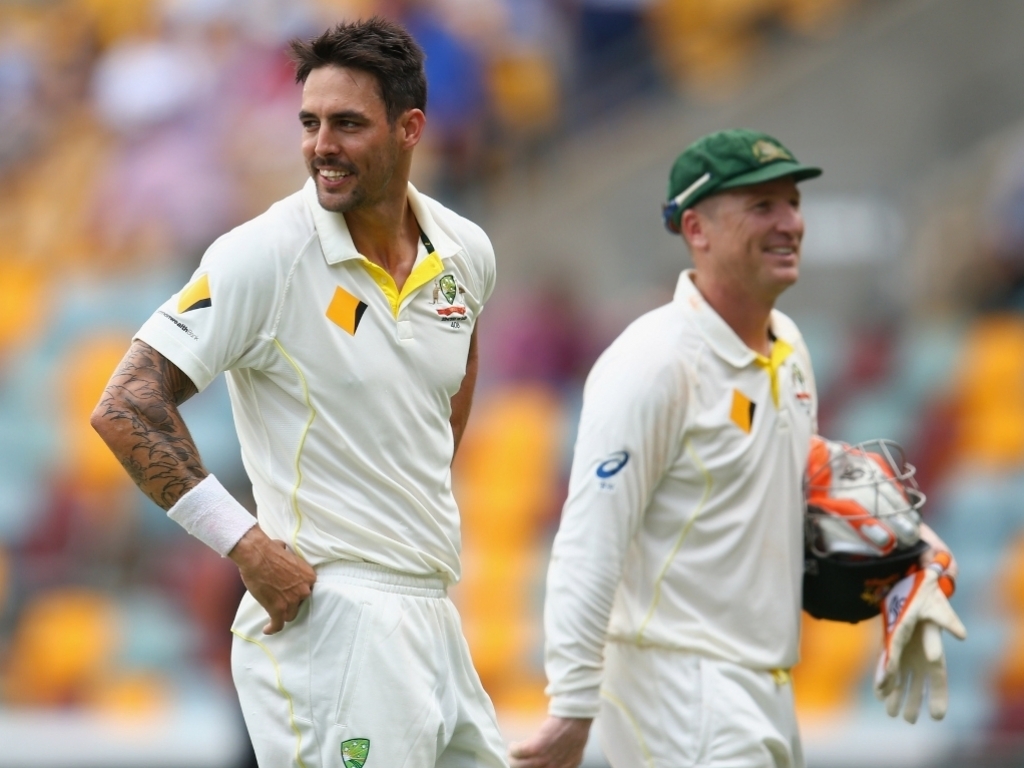 Australia forged ahead to a two-nil lead in the Test series against India, winning the second match in Brisbane by four wickets on Saturday, leaving the sides with an extra day to prepare for the third Test.

India were abject with the bat on day four, slumping from 71 for one at the start of play to 224 all out. This left the Aussies needing just 128 to win, and while they made it look tougher than it needed to be, the got there late in the day.

India began the day with Cheteshwar Pujara in the middle overnight, and India proceeded to lose four wickets in the space of 16 runs. Virat Kohli was removed for one, followed by Ajinkya Rahane and Rohit Sharma for cheap figures.

Those three were all sent packing by Mitchell Johnson in a burst reminiscent of the Ashes earlier this year. He ended up taking four wickets, adding Umesh Yadav to his tally after the paceman made 30 in a last-gasp resistance.

So with India all out before tea, this left the Aussies with a meagre target to chase. If the Indians had scored 50 more runs, as it turned out, things would have been very exciting as the home batsmen also tumbled.

David Warner and Shane Watson were both out for single figures, leaving Chris Rogers, under fire before this game due to a lack of runs, to keep things on track. His 55 was the backbone of the knock, and vital to the quick chase.

Once Rogers fell, one of three Ishant Sharma top-order wickets, it was left to skipper Steve Smith and batsman Shaun Marsh to wrap things up. Smith made 28 before being run out with six runs to go, while Marsh was out for 17.

In the end it was the Mitchells Marsh and Johnson who wrapped up the game, scoring the winning runs with an hour left in the day. Smith was named man of the match for his vital century in the first innings.