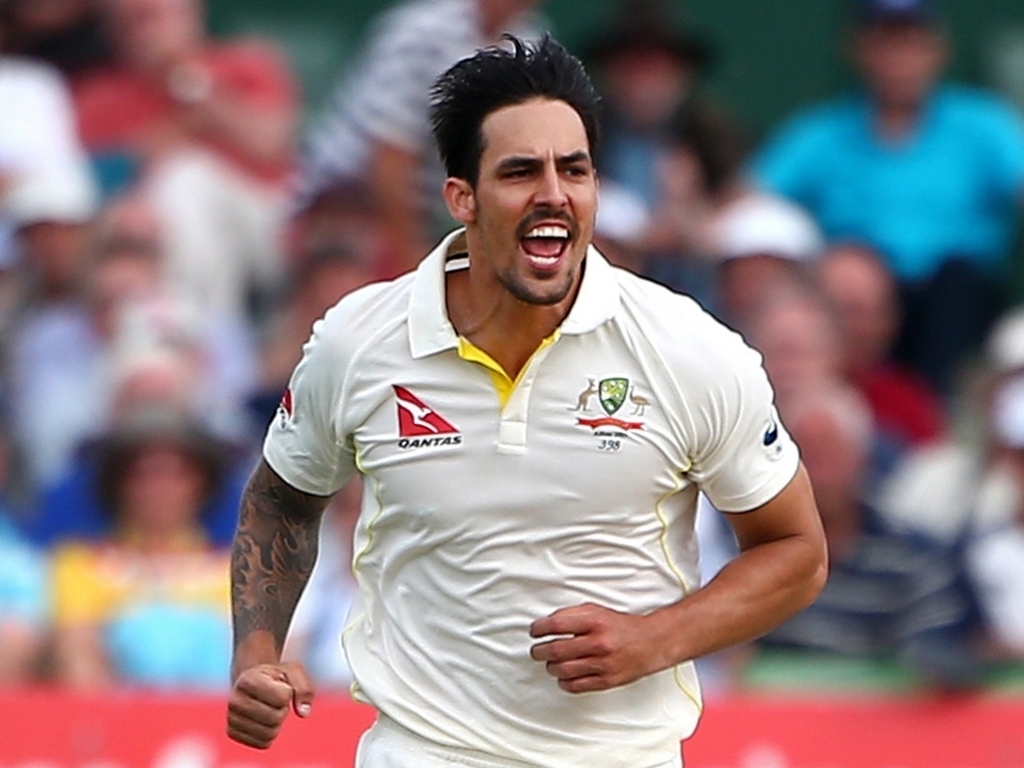 Australia took four wickets late in the day to leave New Zealand reeling on 157 for five at stumps on Day two of the first Test at the Gabba, still 399 runs behind the hosts first innings score.

It was the two Mitchells, Starc and Johnson, that bowled fast and furiously as the Black Caps collapsed from a comfortable 102 for one to be 157 for five at the close.

New Zealand openers Tom Latham and Martin Guptill put on 56 for the first wicket before Josh Hazlewood had Guptill caught by David Warner for 23.

Latham and Kane Williamson then combined to add 46 and looked to have played the visitors to relative safety for the day.

However, in the last hour Starc got Latham for 47 while Johnson got Ross Taylor (0) and captain Brendon McCullum (6) in quick succession to leave the Kiwis in tatters.

Starc then bowled James Neesham to leave the Black Caps on 118 for five as the two Aussie left-arm pacemen produced a devastating spell of fast bowling.

Johnson had figures of two for 52 in 12 overs while Starc took two for 30 in 10 overs as Australia took complete control of the match.

Kane Williamson (55*) and BJ Watling (14*) stopped the bleeding somewhat with an unbeaten stand of 39 but the Kiwis have to do some serious batting on Day three to get back in the game.

Earlier, Australia's Usman Khawaja converted his maiden Test century from the first day into a big one when scored 174 before Williamson got rid of him.

Khawaja was only one of two Australia wickets to fall in the along with captain Steve Smith who was bowled by Trent Boult for 48 while Adam Voges was 83 not out when the home side declared on 556 for four.