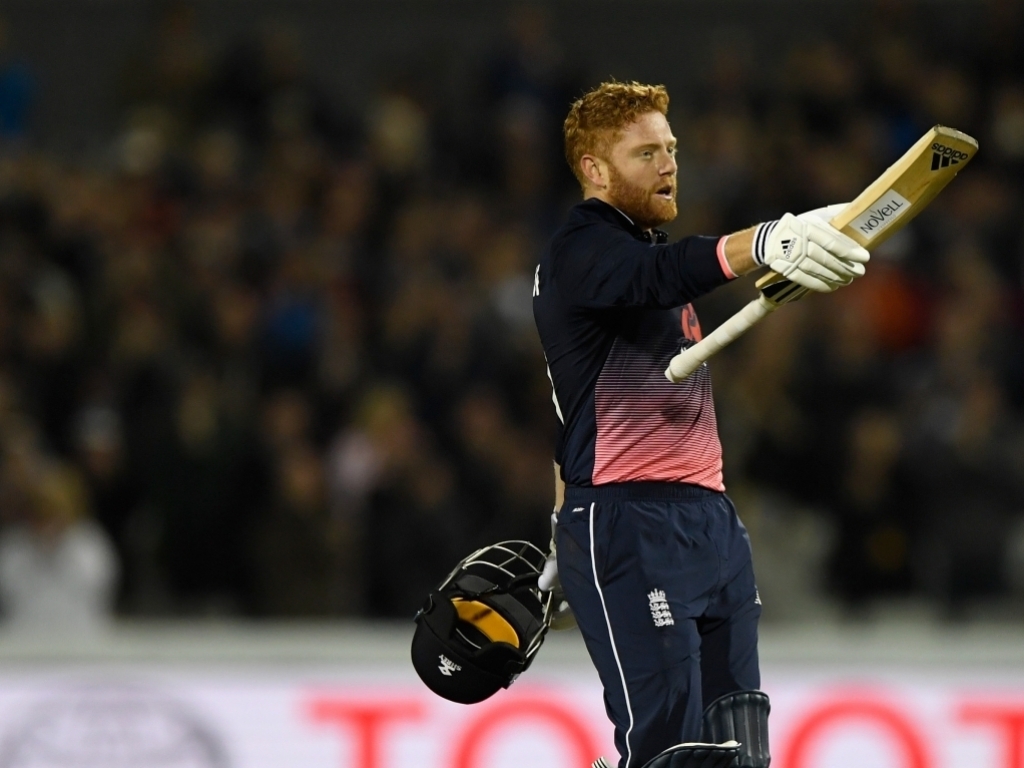 Jonny Bairstow scored his maiden ODI century as England beat the West Indies by seven wickets in the first ODI of the five-match series in Manchester on Tuesday.

Bairstow struck an unbeaten 100 as the home team chased down a target of 205 to win with more than 11 overs to spare in a match that was reduced to 42 overs per side because of a delayed start due to a wet outfield.

Batting in the unfamiliar opening position, Bairstow lost his partner Alex Hales (19) in the fifth over with the score on 31 but then combined beautifully with Joe Root for the second wicket.

The two Yorkshire players added 125 and took the game away from the Windies, who only posted 204/9 in their allotted overs.

Ben Stokes (23 off balls), who took three wickets with the ball, kept Bairstow company towards the end of the game as the home team cantered to a comfortable victory.

Earlier, opener Chris Gayle (37 off 27 balls) gave the Caribbean side a fast start with the bat but they fell away dramatically in the middle of the innings.

Spinner Adil Rashid also chipped in with two wickets and it was only a late cameo from skipper Jason Holder (41 not out off 33 balls) that propelled the Windies to a respectable total after they were floundering on 150/6.

The second ODI of the series takes place at Trent Bridge on Thursday.