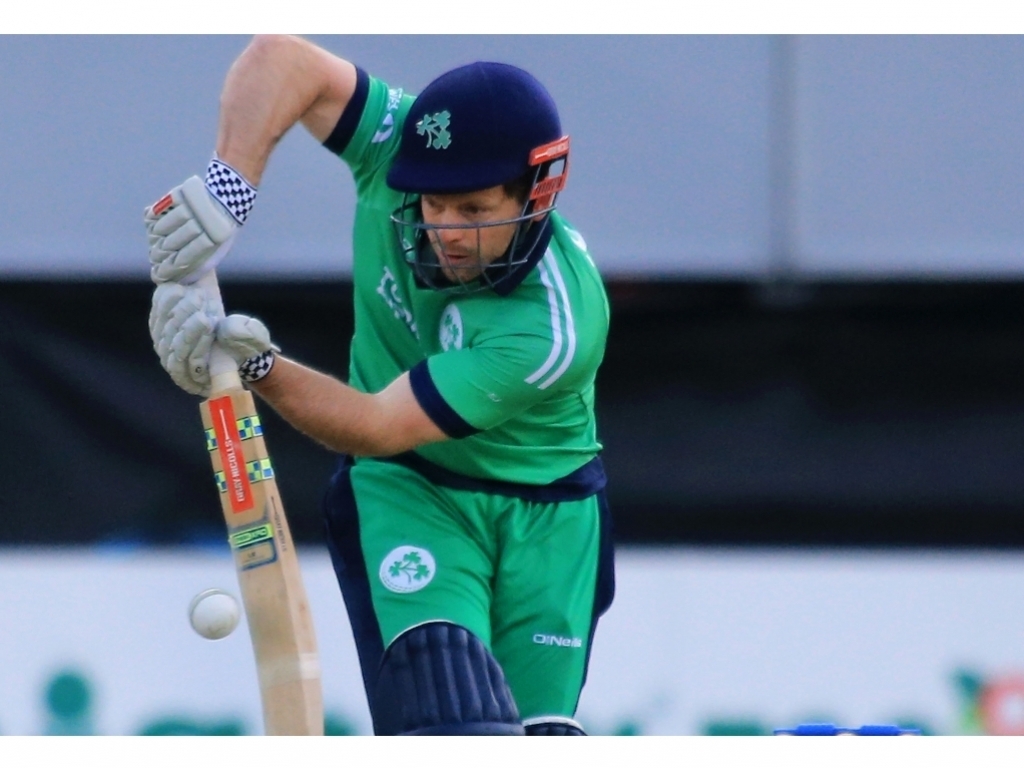 Ed Joyce scored his sixth ODI century to give Ireland a four-wicket victory against UAE in a thrilling start to the Tri-Nation series in Dubai.

Having slipped to 91/5, chasing 223 for victory, the visitors had it all to do but a sixth-wicket stand of 131 between Joyce, who finished unbeaten on 116, and Gary Wilson (53) ensured Graham Ford made a winning start to his tenure as Ireland’s coach.

Irish skipper William Porterfield made a quick-fire 28 from 31 deliveries but the hosts would make early inroads with Mohammad Naveed dismissing Paul Stirling and Andrew Balbirnie for ducks.

The loss of the O’Brien brothers, Niall and Kevin, for a combined total of just 13 runs put Emiratis firmly in the driver’s seat until Joyce and Wilson rescued the innings with a match-winning stand.

Wilson brought up his 12th ODI half-century, which included three boundaries, from 83 balls before falling to the slow-left arm spin of Ahmed Raza with one required for victory.

Fittingly, it was the 39-year-old Joyce who scored the winning runs, hitting his 13th boundary – 12 fours, one six – of a typically composed innings to seal the match with four balls to spare.

Earlier in the day Rameez Shahzad had top-scored in UAE’s total of 222/9, making 75 from 111 deliveries, including seven fours and two sixes. Opener Ashfaq Ahmed (35) and Mohammad Boota (37) had chipped in with useful runs but Ireland’s bowling attack managed to keep a lid on the scoring rate, with Boyd Rankin, Barry McCarthy, Peter Chase and Kevin O’Brien taking two wickets each.

Rankin, the experienced 33-year-old paceman, was the pick of the bunch, conceding just 26 from his 10 overs which included three maidens.

The victory capped an excellent few days for the Irish, with Cricket Ireland announcing that India will be visiting the Emerald Isle in June to play a two-match T20I series.

Ireland and UAE will lock horns again in the second match of the Tri-Nation Series on Saturday 13 January. Scotland play their first match in the competition against Ireland on Tuesday 16 January.