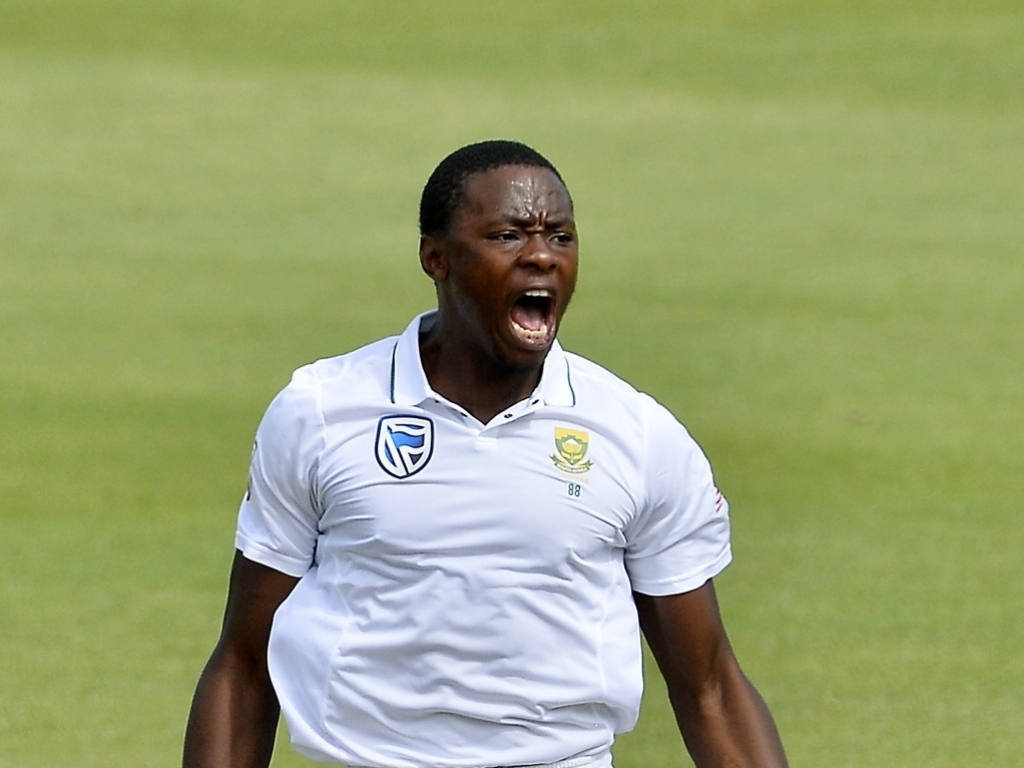 In what may be his final act of the series, Kagiso Rabada took six wickets in the second innings of the second Test against Australia as the Proteas leveled the four-match series in Port Elizabeth.

After putting the home side on top with three wickets on Sunday, the fast bowler claimed another three scalps on the fourth day at St George’s Park to finish with figures of 6-64.

Rabada, who is facing a ban for his brush with Steve Smith’s shoulder in the first innings, started his rampage as early as the first over of the morning when he bowled Mitch Marsh for 45.

The 22-year-old then picked up Pat Cummins (5) to claim his ninth five-wicket haul and also his fourth 10-fer in Test cricket.

The fast bowler was not yet finished though as her got Mitchell Starc (1) caught behind.

Lungi Ngidi and Keshav Maharaj got the last two wickets as Australia, who started day with a 41-run lead, were eventually bowled out for 239 before lunch, giving the Proteas a target of 101.

Captain Faf du Plessis (2 not out) and Theunis de Bruyn (15 not out) made sure there no further dramas as the Proteas won the game by six wickets in the second session.

The series is now tantalizingly poised at 1-1 with two games still to play with the next Test set to start at Newlands on 22 March.

By Nasri Alexander in Port Elizabeth