Kane is able as NZ dominate at Lord’s 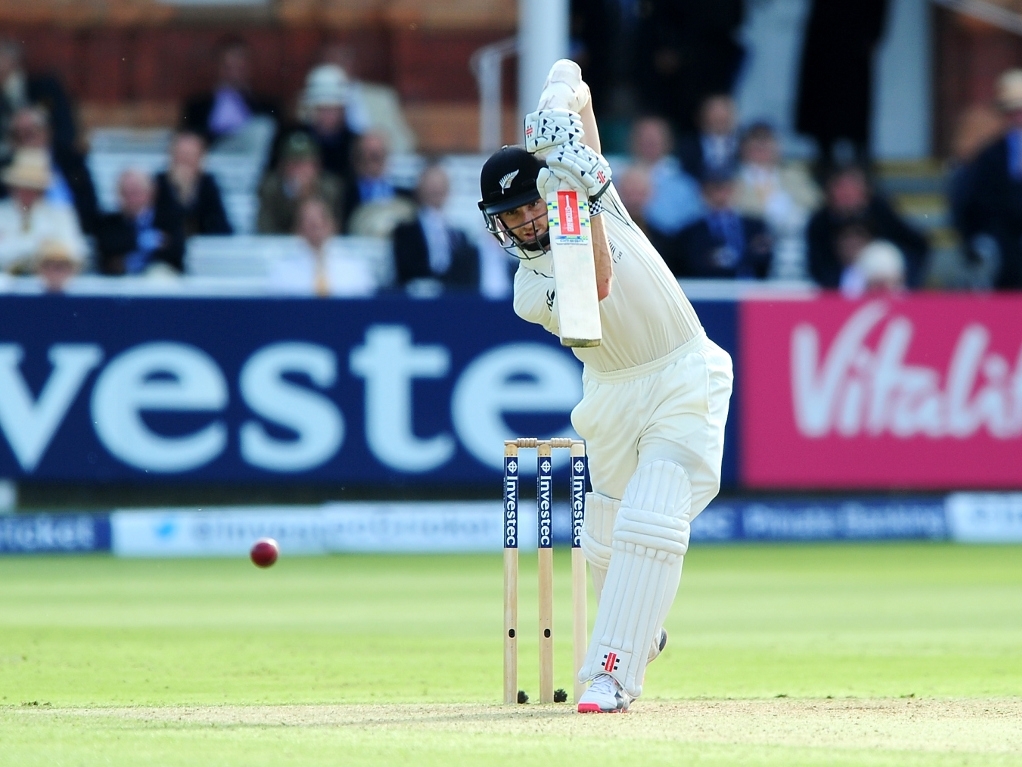 Kane Williamson struck an unbeaten 92, and shared in an unbroken stand of 155 with Ross Taylor, as New Zealand dominated the second Day of the first Test against England at Lord's on Friday.

The Black Caps were on 303 for two at stumps, still trailing the home side by 86 runs after bowling out the Three Lions for 389 early in the morning session and will be confident of asserting their dominance on the third day.

The visitors were given an excellent start by opening batsmen Martin Guptill and Tom Latham who put on 148 for the first wicket before both fell within the space of three balls of each other.

Latham was the first to go, for 59, when he was trapped leg before wicket to off-spinner Moeen Ali to a ball that skidded on and played on the back foot by the batsman who should really have been forward.

Two balls into the next over, the more aggressive Guptill played an uppish forceful cover drive, off seamer Stuart Broad, and was well caught in the covers, low to the left, by Gary Ballance for 70.

Williamson and Taylor then settled in and looked largely untroubled as they punished anything loose from the English bowlers. Taylor was unbeaten on 47 as the home bowlers toiled on a flat Lord's pitch.

Earlier Ali, who resumed unbeaten on 49, went to his fifty but was then out not long after reaching the milestone, getting an edge to a rising delivery from left-arm seamer Trent Boult to be caught by the wicketkeeper for 58.

Boult got Stuart Broad shortly after that and the innings was wrapped up by Matt Henry, who got rid of James Anderson as England only added 35 runs to their overnight score of 354 for seven.

Boult and Henry both finished the innings with four wickets each.