Karunaratne and the tail give Sri Lanka the edge 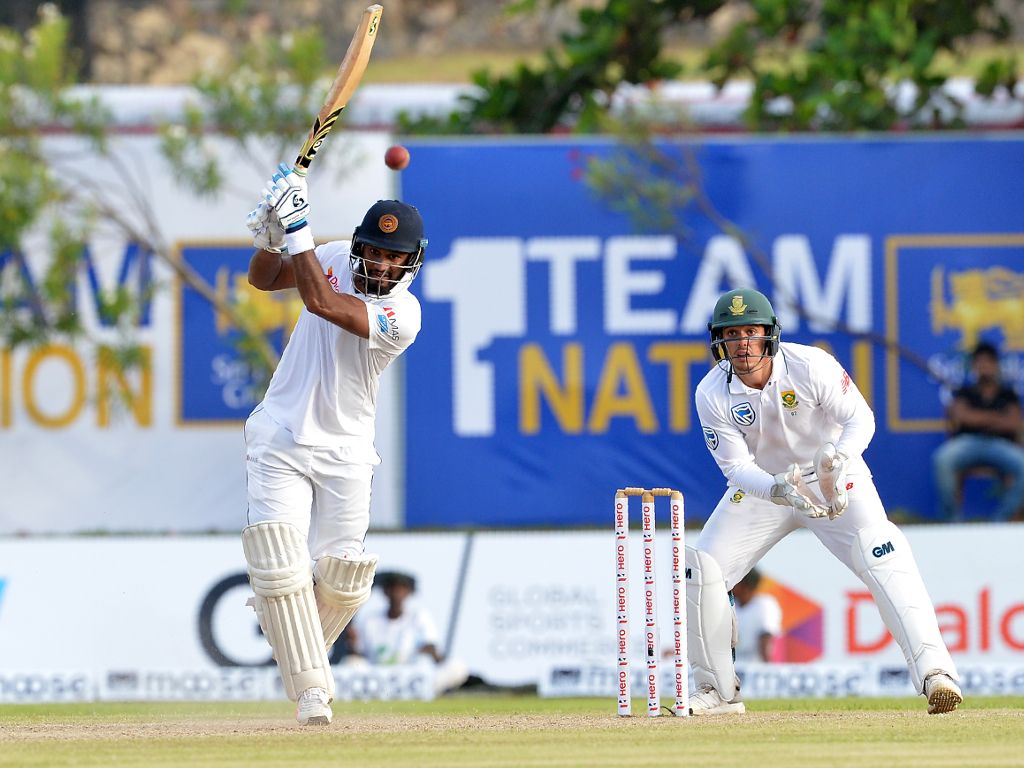 An immense 158 not out from opener Dimuth Karunaratne helped Sri Lanka reach 287 all out on day one of the first Test against South Africa.

The Proteas bowlers had seized the advantage earlier in the day after stand-in Sri Lanka skipper Suranga Lakmal won the toss and elected to bat first.

Sri Lanka lost two wickets before lunch but would have been reasonably pleased to be on 93 for 2 at the break.

Kagiso Rabada earned the initial breakthrough as he got Danushka Gunathilaka (26) to nick off in the channel outside off.

After the break South Africa took hold of the game with a little help from the surface as a delivery from Dale Steyn stuck in the pitch and Kusal Mendis (24) chipped it in the air to Rabada at mid-on. 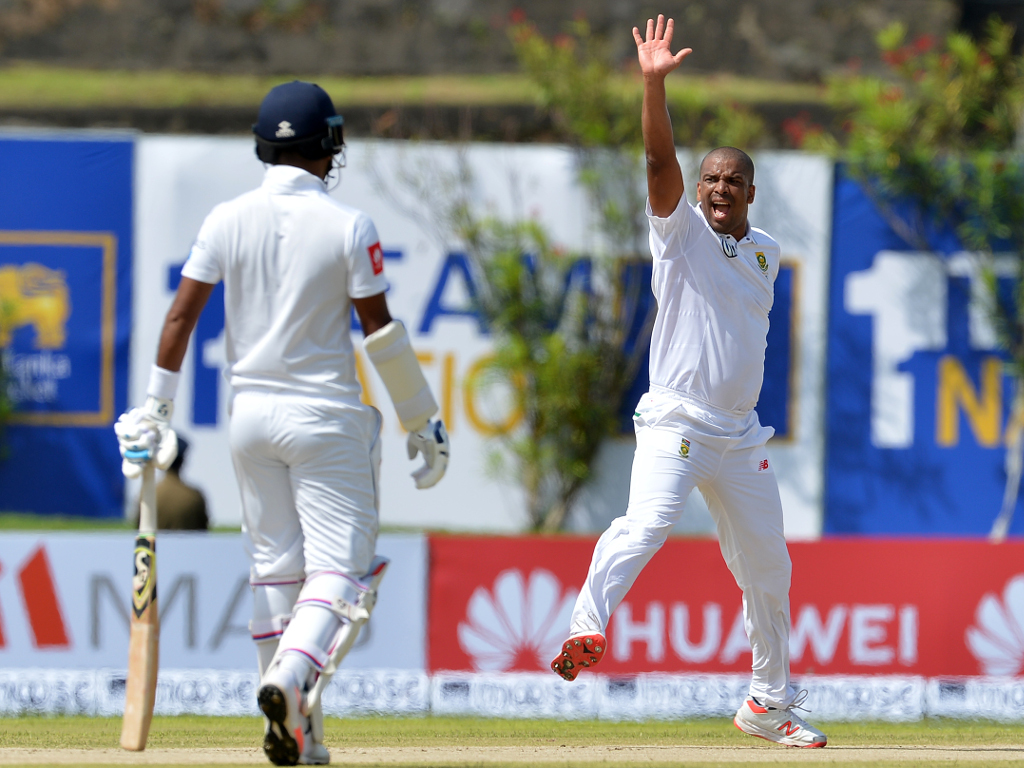 Shamsi stunted another Sri Lankan rally when he had Niroshan Dickwella (18) caught at slip to leave Sri Lanka 161 for 6 before rain brought an early tea.

When play resumed Sri Lanka quickly fell to 176 for 8. Vernon Philander was involved in the dismissals of both Kusal Perera (1) whom he had caught behind and Rangana Herath (1) whom he ran out.

Karunaratne upped his scoring rate when batting with the tail having settled in throughout the day. A 48 run stand with Lakmal (10) was followed by a match-turning 63 run tenth wicket partnership between the opener and number eleven Lakshan Sandakan (25).

Shamsi (3/91) eventually ended the innings having Sandakan stumped but the hosts will feel 287 on this surface might be above par.

Sri Lanka were boosted further when the decision to open the bowling with spin paid early dividends. Aiden Markram was beaten by Herath who drew the opener forward deceiving him with dip and nicking him off to slip for a duck in the third over.

South Africa sent in Keshav Maharaj (0*) as a nightwatchman and he and Dean Elgar (4*) saw the Proteas to stumps on 4/1.