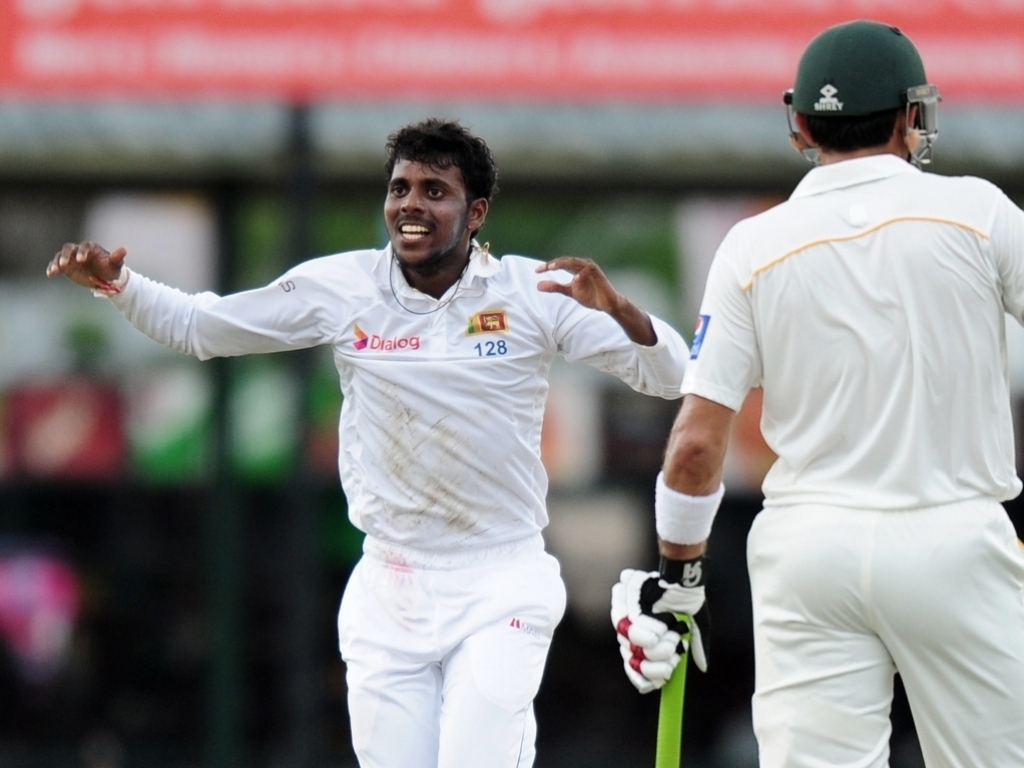 Spinner Tharindu Kaushal took his maiden five-wicket haul in Test cricket to put Sri Lanka in a commanding position at stumps on the first day of the second Test at P.Sara Oval in Colombo.

The home side bowled Pakistan out for a paltry 138 in just 43 overs after visiting captain Misbah-ul-Haq won the toss and decided to bat. Sri Lanka were 70 for one in their reply, still 68 runs behind with nine wickets in hand.

The Pakistan collapse started early when Sri Lanka paceman Dhammika Prasad got rid of Ahmed Shehzad and Azhar Ali just when Pakistan had 50 on the board.

Younis Khan, playing in his 100th Test, scratched around at the crease scoring six off 38 balls as Prasad was getting great reward for his probing length.

Then it was the turn of Kausal to spin his web around the unsuspecting visitors. The 22 year-old mystery spinner got rid of top scorer Mohammad Hafeez for 42.

He then cleaned up the lower middle-order, including first Test centurion Asad Shafiq, as he finished with figures of five for 22 in 10.5 overs, while Prasad took three for 43.

Kaushal Silva (21) Kumar Sangakkara (18) will resume in the morning as the hosts gave the perfect response to their defeat in the opening Test.