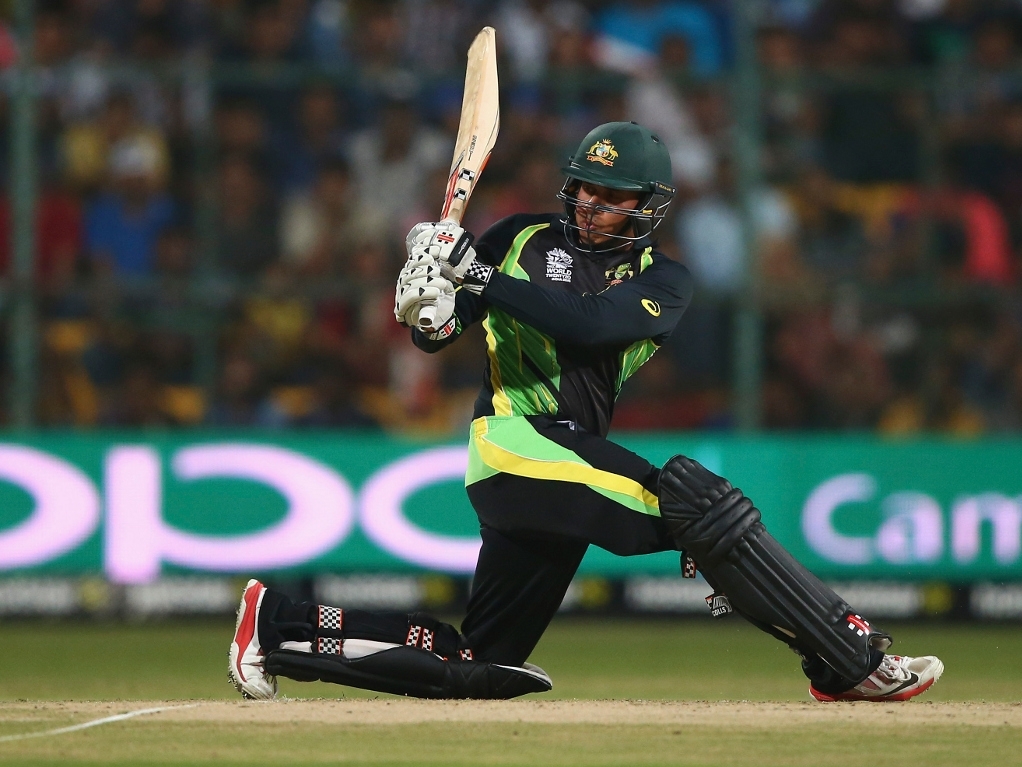 Batsman Usman Khawaja scored a crucial half-century as Australia chased down a target of 157 to beat Bangladesh by three wickets with nine balls remaining to register an important victory in Group two of the World T20 Super 10s.

The Tigers posted a total of 156 for five, after being asked to bat at the toss by Australia captain Steve Smith, Aussie openers Khawaja and Shane Watson got their side off to solid start putting on 62 in seven overs.

Watson was needlessly run out for 21 but the left-handed Khawaja went on to his maiden T20I fifty, in 37 balls, in only his  fifth game in the shortest format at the highest level.

Australia were always ahead of the required rate but lost Smith (14), Khawaja (58) and David Warner (17) in quick succession to give Bangladesh hope.

Glen Maxwell though extinguished any thoughts of a Tigers win by hitting a brisk 25 off just 15 balls, including two sixes and two fours, to leave Australia on the brink of their first victory of the tournament.

Maxwell lost his wicket with nine runs still needed and even though John Hastings (3) fell to the spin of Shakib Al Hasan, James Faulkner (5*) and Peter Nevill (1*) steered their home.

Earlier, the Tigers were in trouble at 78 for four and then 105 for five but Shakib (33) made a contribution with the bat but the Tigers' final total was largely thanks to an unbeaten 49 off 29 balls from Mahmudullah.

Legspinner Adam Zampa returned his best figures in T20I cricket with three for 23 in four overs to claim the Man of the Match award while Watson picked up two wickets with his right-arm seamers.

Australia will be glad to get off the mark after their opening defeat to New Zealand while Bangladesh now have two losses from two games after their defeat to Pakistan last week.