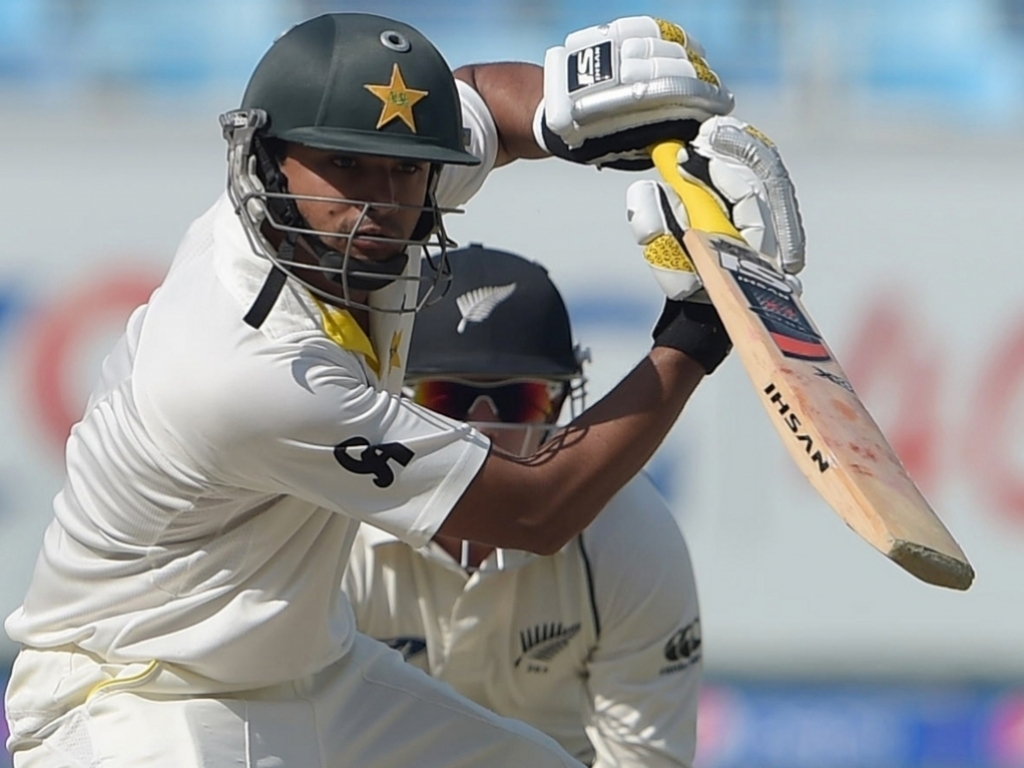 Pakistan paid the price for overly defensive batting on day three of the second Test against New Zealand, reaching stumps of 281 for six after the Black Caps struck repeatedly in the evening.

Pakistan still trailed by 122 runs at the close, chasing the 403 the Black Caps posted, and went at less than three to the over for most of the day, clearly trying to outbat and outlast the bowlers.

Pakistan began the day already two down after their replacement openers were sent packing cheaply, and Azhar Ali and Younis Khan were in the middle on four and one respectively.

They endured a slow morning session but lost no wickets, as both batsmen defended solidly. They didn't reach 100 runs for the session, but Younis had already reached his half century, to the surprise of non-one given his recent form.

In the afternoon, he advanced to the 70s while Azhar also recorded his half century, off a whopping 150 balls. Younis's quest for another century was thwarted by Jimmy Neesham though, caught by Mark Craig.

Misbah then stuck with Azhar for 28 runs to the skipper's name, but it was in sharp contrast to his fastest Test ton of a few weeks ago. He made his 28 off 55 balls, before being removed by Trent Boult.

Azhar eventually fell for 75 off 225 balls, unable to hold his concentration for the whole day. He was bagged by Ish Sodhi, bowled. Sodhi has also removed Shan Masood the day before.

The final wicket of the day went to Tim Southee, sending Asad Shafiq back to the hut with an over to go in the day. At the close, Sarfraz Ahmed was on 28, and Yasir Shah on one.