Kiwis too strong despite Mahela’s century 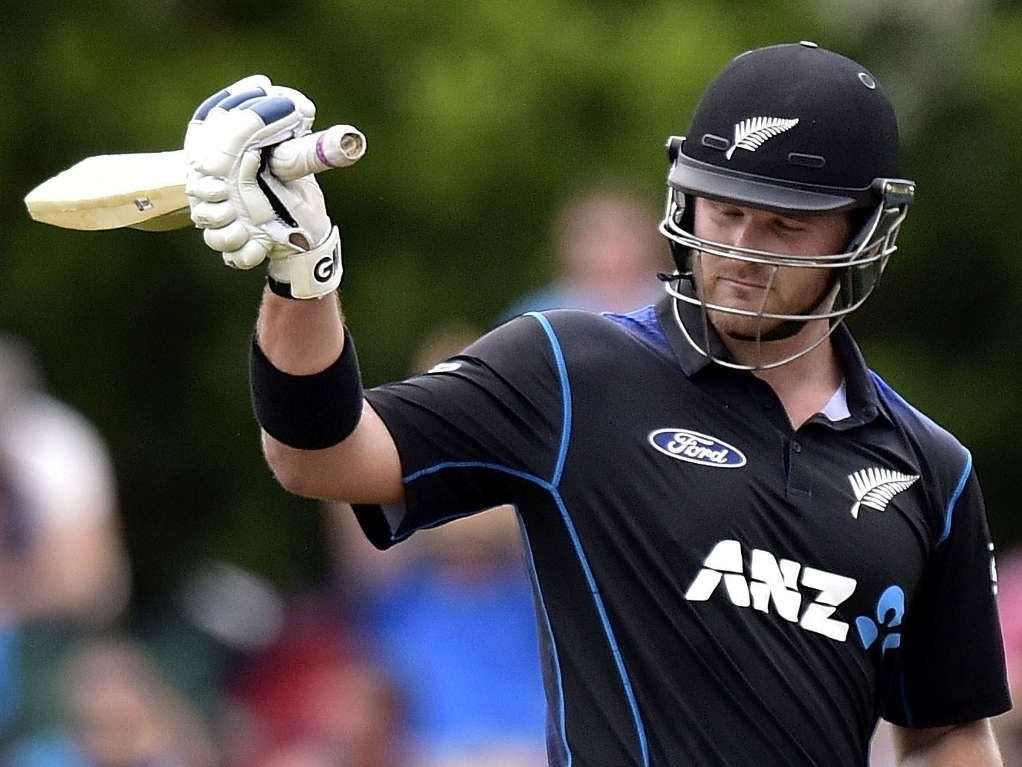 New Zealand made sure to take a series lead in the long ODI stretch against Sri Lanka, winning the first of seven matches by three wickets at the Hagley Oval in Christchurch on Sunday.

Mahela Jayawardene scored a valiant century that went in vain as the rest of his side failed to help and they could only record 218 for nine. Home skipper Brendon McCullum then made 50 off 19 balls, while Corey Anderson's 81 ensured the win.

Sri Lanka won the toss and chose to bat, thinking back to the Test they played there a few weeks ago, where the batting was quite decent. But this time the New Zealanders had other ideas, and Sri Lanka were soon three down for 51.

Openers Dimuth Karunaratne and Tillakaratne Dilshan made five and 19 respectively, while Kumar Sangakkara was removed by Adam Milne for four. This left Jayawardene with it all to do, but watched as his partners abandoned him.

Mitchell McClenaghan was the pick of the home bowlers, taking four wickets. This included Lahiru Thirimanne and Jeevan Mendis, both having made 23, while Angelo Mathews was run out for 15 as his new year continued to disappoint.

As such, the Black Caps had a below-par score to chase, and they did so in 43 overs, despite losing opener MArtin Guptill for a duck. McCullum had opened as well, and was soon on his merry way and made 51 off 22 balls, including three sixes.

Still, i t was not all plain sailing as the Kiwis were four down for 77 thanks to Sachithra Senanayake's spin, and Corey Anderson was required to almost single-handedly get the runs. Tom Latham and Kane Williamson were both out for 15.

Anderson's half ton came off 64 balls, and he was eventually removed for 81 by Dilshan. But by that point the score was on 209 already, and Nathan McCullum was perfectly able to see his side to victory, on 25 not out.