Knight Riders stroll to the top of the IPL 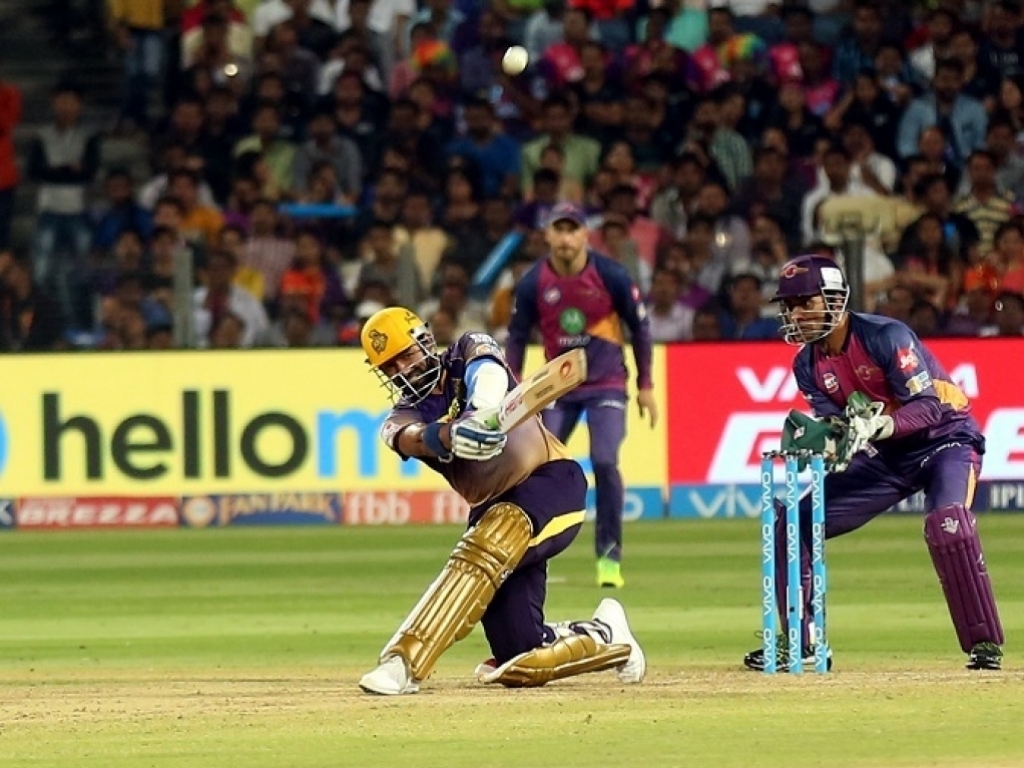 A 158 run second wicket partnership between captain Gautam Gambhir and Robin Uthappa was the cornerstone as the Kolkata Knight Riders beat the Rising Pune Supergiants by eight wickets in their IPL clash on Wednesday.

Chasing a target of 183, Gambhir and Uthappa came together in the third over of the innings after Sunil Narine was run-out for 16 with the total on 20.

The right-handed Uthappa was the more aggressive of the pair as he struck the ball crisply from the get go and blazed his way to 87 from 47 balls, which included seven fours and six maximums.

Skipper Gambhir was content to just knock the ball around looking for the singles and twos but accelerated once he got his eye in and was eventually dismissed towards the end of the game for a well played 62 off 46 balls.

West Indian Darren Bravo, who was making his first IPL appearance of the season, hit the winning runs in the 19th over as the Knight Riders moved ahead of the Mumbai Indians to the summit of the standings.

Earlier, the Supergiants would have been happy that they amassed a total of 182/5 from their 20 overs.

Captain Steve Smith top-scored for the home side with an unbeaten 51 from 37 balls while opener Ajinkya Rahane contributed 46 off 41 balls.

Left-arm chinaman Kuldeep Yadav was the pick of the bowlers for the Kolkata outfit, finishing with figures of 2/31 from his four overs.

The next game for the Knight Riders will be on Thursday when they host the Delhi Daredevils on Friday while the team from will look to bounce back against Royal Challengers Bangalore on Saturday.