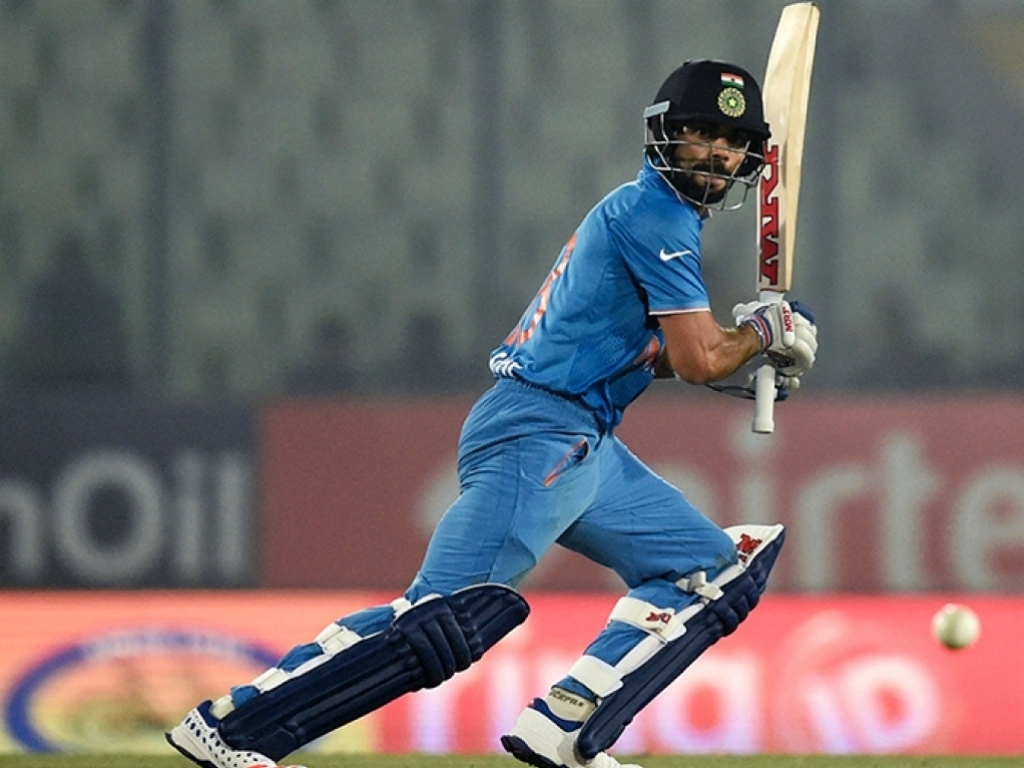 India batsman Virat Kohli put on a clinic as his 154 not out helped India claim a seven wicket victory over New Zealand in the third ODI at the PCA Stadium.

India take a 2-1 lead after they chased down a target of 286 with ten balls to spare.

Earlier The Black Caps needed a late rally to get to a competitive total after a middle-order collapse left them looking like they would struggle to get past 200.

New Zealand started well enough anchored by Tom Latham’s 61 off 72 balls but none of the top order were able to take their innings deep.

Ross Taylor (44) and Latham put on a decent partnership of 73 after the starts achieved by Martin Guptill (27) and Kane Williamson (22).

The Black Caps would collapse from 153 for 2 to 199 for 8 before a New Zealand record ninth wicket partnership resurrected the innings.

Jimmy Neesham (57) and Matt Henry (39 not out) would put on 84 for the ninth wicket to give New Zealand a sniff of taking a lead in the ODI series.

Part-timer Kedar Jadhav finished as the pick of the India bowlers taking 3 for 29 from his five overs.

Neesham’s maiden ODI half century was not enough to overcome a Kohli-driven India on this day.

India lost Ajinkya Rahane (5) and Rohit Sharma (13) early on but Kohli and skipper MS Dhoni put on 151 to give India a great platform to finish the game off from.

Dhoni became the fifth India batsman to pass 9,000 ODI runs during this innings.

When Dhoni (80) departed Manish Pandey (28 not out) joined the awesome Kohli to see out the match.

Kohli struck 16 fours and a six as he smashed an unbeaten 154 and completely controlled the run chase to perfection.

India take a 2-1 lead in the five match series that moves on to the JSCA International Stadium Complex in Ranchi next up.