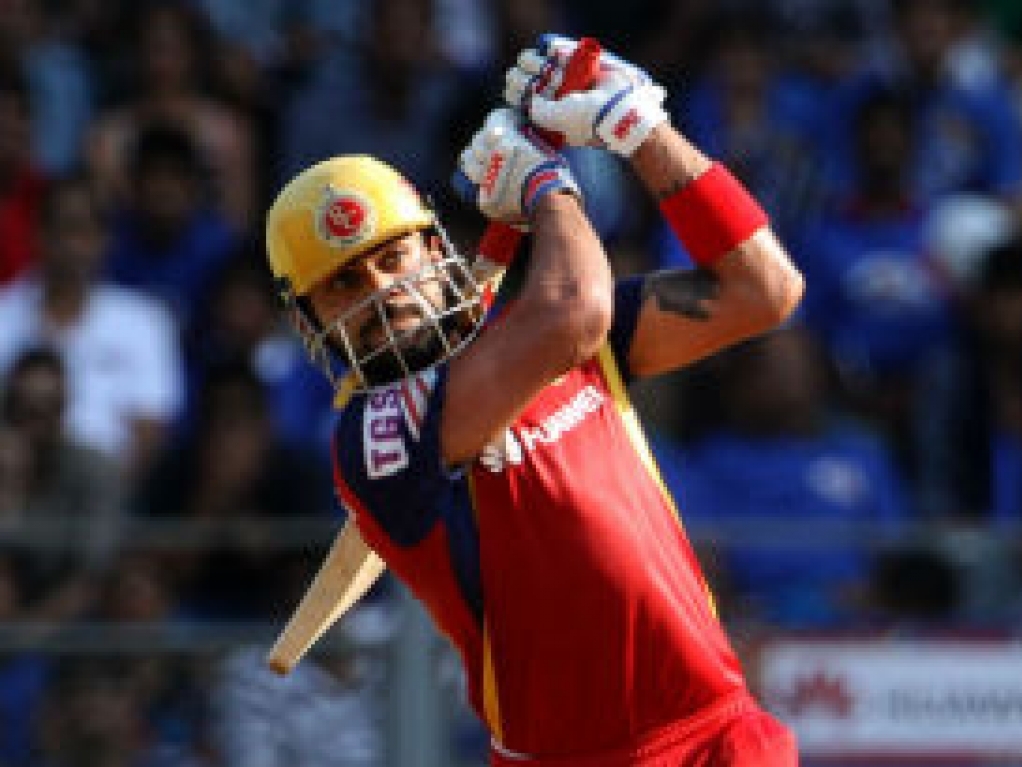 Virat Kohli led the Royal Challengers Bangalore to a six-wicket victory over the Sunrisers Hyderabad in a rain shortened match that kept them firmly in the hunt for a play-off place.

Chasing 81 from six overs under the Duckworth Lewis regulations, the Royal Challengers got off to cracking start thanks to Kohli and Chris Gayle who put on 43 in the first two overs.

Allrounder Moises Henriques tipped the scales in favour of the Sunrisers when he got rid of Gayle (35) and AB de Villiers, first ball, in the third over as RCB slipped to 43 for two.

Mandeep Singh was then caught on the square-leg boundary for just one and at 58 for three the team from Hyderabad must have been odds on to clinch it, but Kohli had other ideas.

He kept his nerve and, despite losing Dinesh Karthik (2) in the last over, he slammed three sixes, including one off the second last ball of the game, and three fours to end on 44 not out and see his team over the line.

Earlier, after a delayed start and the match reduced to 11 overs per side, Henriques (57) and David Warner (52*) ensured that the Sunrisers posted 135 for three in their allotted overs.

A further downpour during the innings break reduced the RCB innings to six overs.