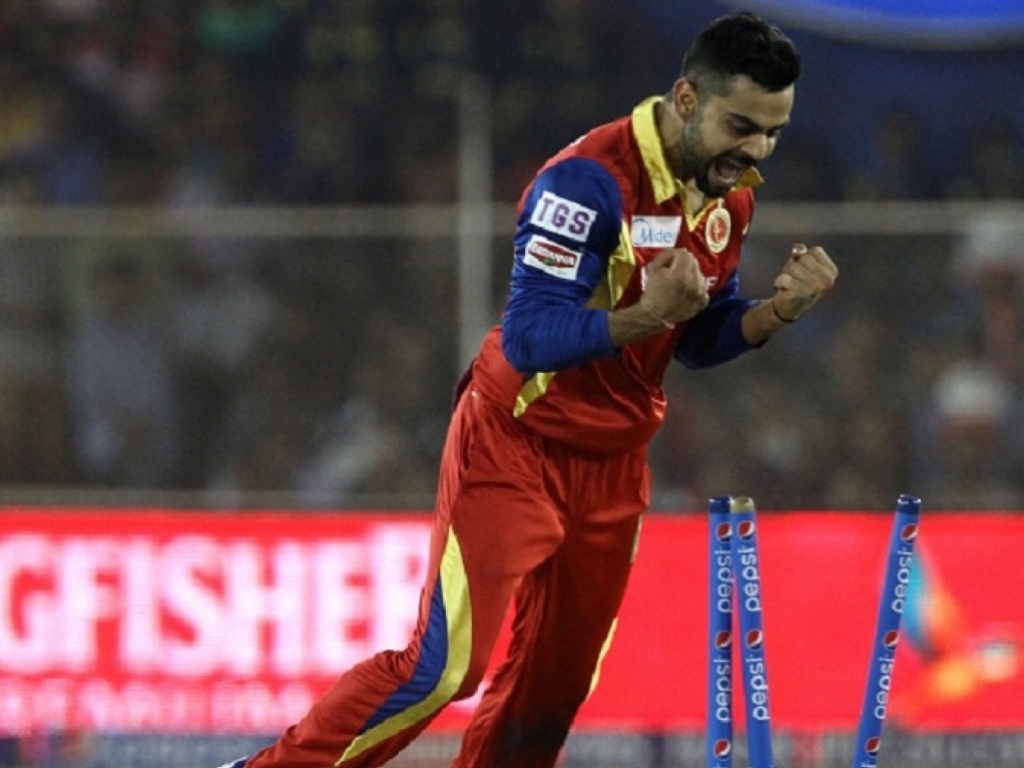 Skipper Virat Kohli lead from the front as the Royal Challengers Bangalore easily beat the Rajasthan Royals by nine-wickets in the IPL on Friday to record only their second win of the season.

Chasing a modest total of 131 to win Kohli scored an unbeaten 62 and AB de Villiers slammed 47 not out off 34 balls as the RCB won comfortably with almost four overs to spare.

The only wicket to fall for the team from Banglaore was West Indian Chris Gayle who top-edged a Shane Watson delivery to wicket-keeper Sanju Samson to be out for 20 in the fifth over.

Earlier the Rajasthan Royals could not cope with the bowling attack of the Challengers as they continually lost wickets at regular intervals.

Australia's Steve Smith, batting at number three, was their top-scorer with 31. The only other meaningful score came from captain Shane Watson who made 26 as they reached a paltry 130 for nine after their 20 overs.

The star performer with the ball for RCB was Australia's Mitchell Starc, the player of the tournament at the World Cup, as he recorded figures of three for 22 in four overs.