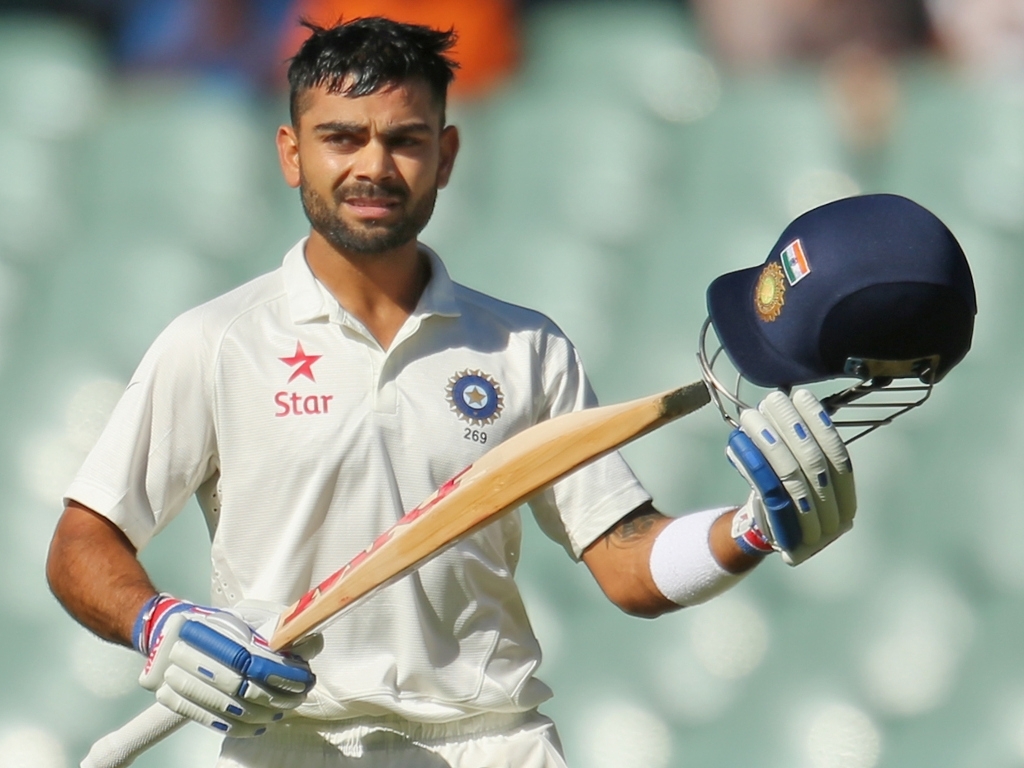 A century from India's stand-in skipper, Virat Kohli, kept his side in the hunt on day three of the first Test against Australia in Adelaide, though still 148 runs behind.

India were on 369 for five at stumps, chasing the 517 the Aussies had declared on overnight. Kohli was out just before stumps, for 115.

The day began earlier than originally planned, after day two saw only 30 overs bowled due to persistent rain. Centuries from Michael Clarke and Steve Smith had taken Australia to 517/7 at stumps, which prompted the declaration.

India's top order got good starts nearly all round, and they will be frustrated that only Kohli managed to convert his into a ton, whereas the Aussies had three tons to demonstrate the good batting deck.

Shikhar Dhawan was the only failure in the top five, making 25 while everyone else got at least a fifty. He was bowled by a resurgent Ryan Harris in the eighth over of the day.

Murali Vijay and Cheteshwar Pujara, needing some runs after a lean England tour, then took the score from 30 to 111 over the rest of the morning session, before Vijay was caught behind off Mitchell Johnson for 53.

Pujara then joined forces with Kohli, whose first delivery from Johnson saw him cracked on the helmet by a bouncer.

With recent events still fresh in the players' minds, the Aussies rushed to make sure Kohli was fine, which he was, and Clarke gave Johnson, who looked a bit shaken, a pat on the back.

It was business as usual otherwise, as Pujara advance to 73 before falling to the spin of Nathan Lyon, bowled on his 135th delivery faced.

Kohli and Ajinkya Rahane then put on a century stand, from 192 to 293 runs, and Kohli brought up his ton off 158 balls, showing how he thrived when given the captain's armband.

Rahane was Lyon's second prey, caught by Shane Watson for 62, leaving Kohli to see out the extended evening session with Rohit Sharma. The skipper was removed by Johnson at the close though, caught by Harris.