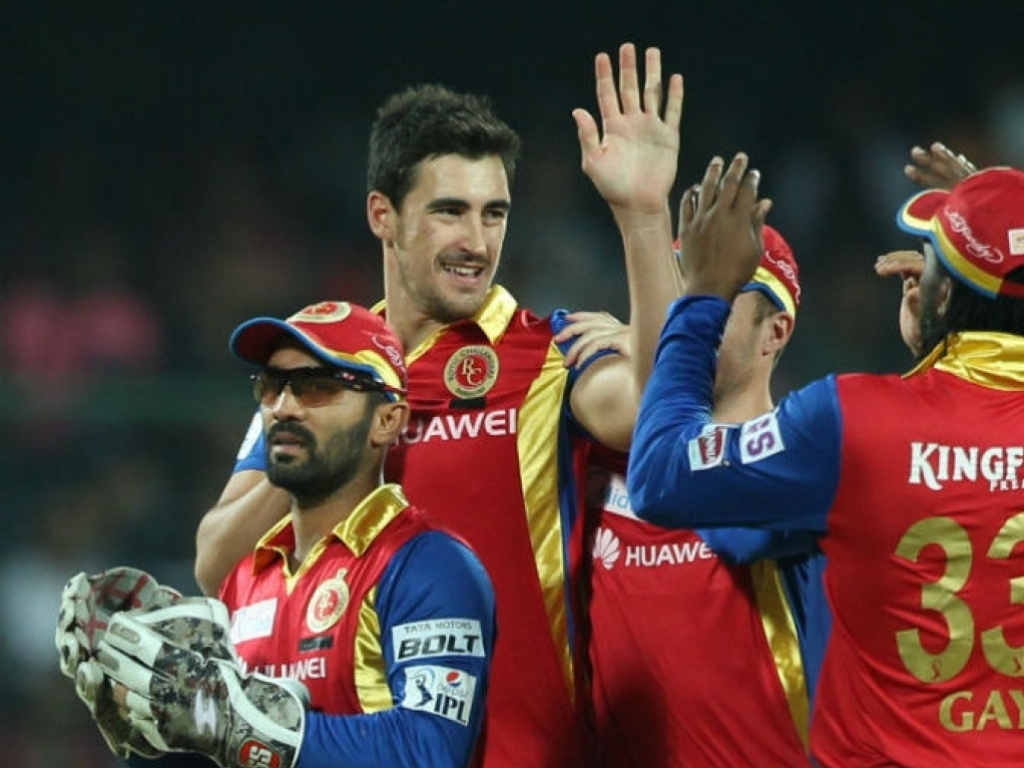 The Royal Challengers Bangalore produced a supreme bowling display, led by Mitchell Starc, to easily beat the Delhi Daredevils by 10 wickets in the IPL on Sunday.

After winning the toss and electing to field first, even RCB's captain Virat Kohli could not have imagined that his bowlers would come to the party in the manner that they did.

They bowled their opponents out for a paltry 95 in just over 18 overs as Australia's left-arm seamer Starc recorded figures of three for 20 in his four overs.

It all started in the first over when Starc trapped opener Shreyas Iyer lbw for nought and it all went downhill for Delhi from there. South African David Wiese then had compatriot JP Duminy caught behind for 13 and the home side just never recovered from those early setbacks.

Delhi wicketkeeper Kedar Jadhav tried to give his bowlers something to bowl at by scoring 33 from 29 balls but hosts could simply not cope with the bowlers from Bangalore. Delhi's powerful middle-order of Duminy, Yuvraj Singh and Angelo Mathews scored just 15 runs between them.

While Starc was the star man with the ball he could not do it all alone as the support bowlers also done their bit. Wiese and Varun Aaron each took two wickets while Harshal Patel and Iqbal Abdulla took one each.

Virat Kohli and Chris Gayle then ensured there were no dramas as they easily knocked off the runs without losing a wicket. West Indian Gayle ended on 62 not out.