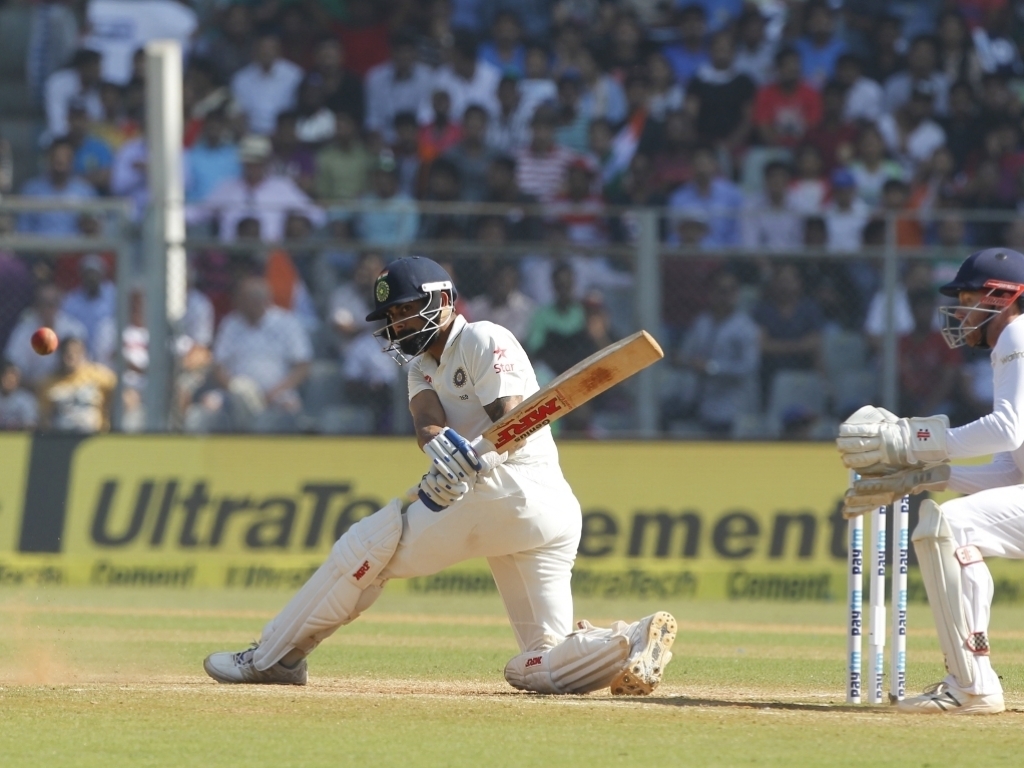 A third double ton in less than a year for India skipper Virat Kohli put the hosts firmly in charge of the fourth Test against England in Mumbai on Sunday.

India established a 231 run first innings lead as they reached 631 all out before England struggled to 182/6 by the close leaving the tourists hanging by a thread.

Jayant went to a maiden Test century before the spinner was stumped by Jonny Bairstow for 104 off the bowling of Adil Rashid.

Kohli went shortly afterwards ending his marathon stay at the crease with 235 runs to his name, which was a new record for the highest Test score by an Indian skipper.

The tail was wrapped up by Rashid who finished as the pick of the bowlers with figures of 4 for 192.

England’s reply got off to a terrible start with first innings centurion Keaton Jennings being trapped leg before for a first ball duck by Bhuvneshwar Kumar.

Under pressure Alastair Cook could make just 18 before Ravindra Jadeja removed him and Moeen Ali (0) in the space of four balls.

Joe Root and Jonny Bairstow led a brief England counter putting on 92 for the fourth wicket before the former was trapped leg before for 77.

Bairstow was twice saved by DRS with umpire Bruce Oxenford guilty of a pair of howlers, the first where Bairstow’s bat was nowhere near the ball was ruled to be a no ball before a second catch was also reversed when replays showed the ball had only struck the keepers pad.

Bairstow would end the day unbeaten on fifty but lost a brace of partners before the close.

Ravi Ashwin would account for two more English batsman before the close whipping out Ben Stokes (18) and Jake Ball (2) to leave the tourists on the brink of defeat by the close of day four still trailing by 49 runs.