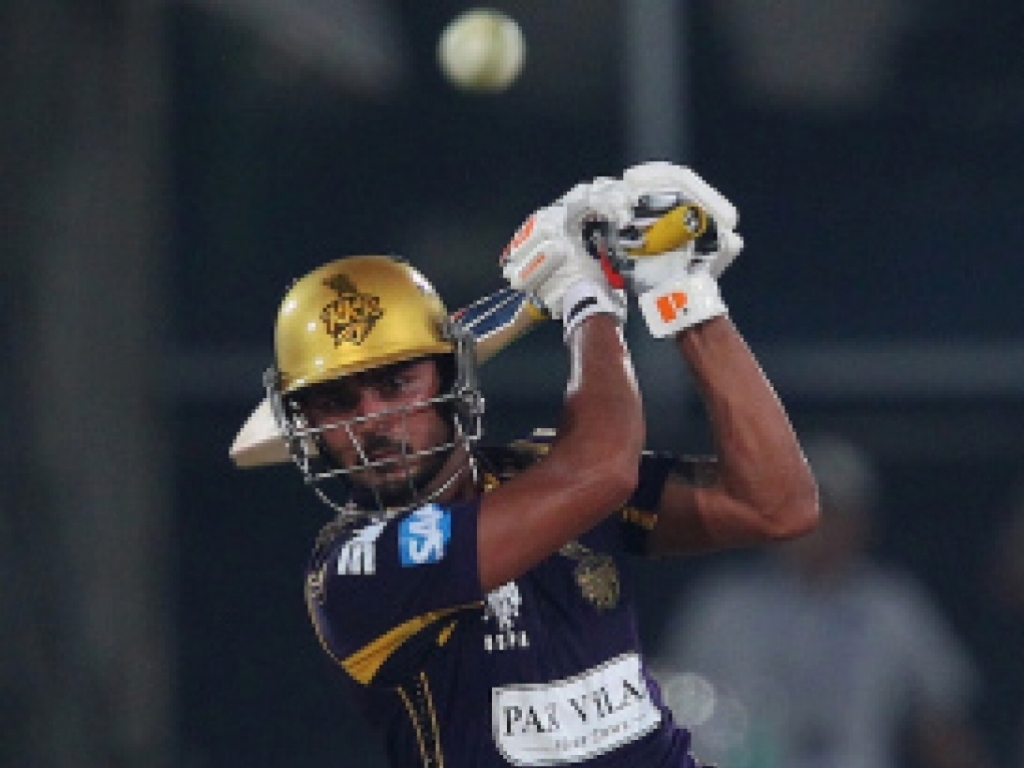 The Kolkata Knight Riders secured their place in the IPL play offs by beating the Sunrisers Hyderabad by 22 runs on Sunday, with Sunil Narine proving pivotal with the ball during the chase.

Narine's three wickets and good economy rate ensured that the Sunrisers were unable to reach the 172 required, as the men in orange could only make 149 for eight. But Hyderabad were already safely into the final four.

Hyderabad had won the toss and opted to field, which KKR skipper Gautam Gambhir said he'd have done as well. Gambhir and Robin Uthappa got off to a flyer, putting on 33 runs in the first three overs.

They lost three quick wickets after that though, as Gambhir, Uthappa, and Colin Munro were out before the score had reached 60. This meant Manish Pandey and Yusuf Pathan had to rescue the knock.

The pair put on 87 runs together in eight overs, with Pandey making 48 off 30 balls, while Pathan recorded 52 not out. Some tight bowling from Bhuvneshwar Kumar at the death saw KKR score only 18 runs in the last 20 balls.

But it turned out to be more than enough, once Shikhar Dhawan and David Warner were removed. Warner was out for 18, bowled by Narine, and while Dhawan went on to record a half ton, the rest faltered.

Narine's other two victims were Naman Ojha and Moises Henriques, and aside from Dhawan's 51, not other batsman managed a score past 19. If Hyderabad had won, they'd have advanced straight to the final.