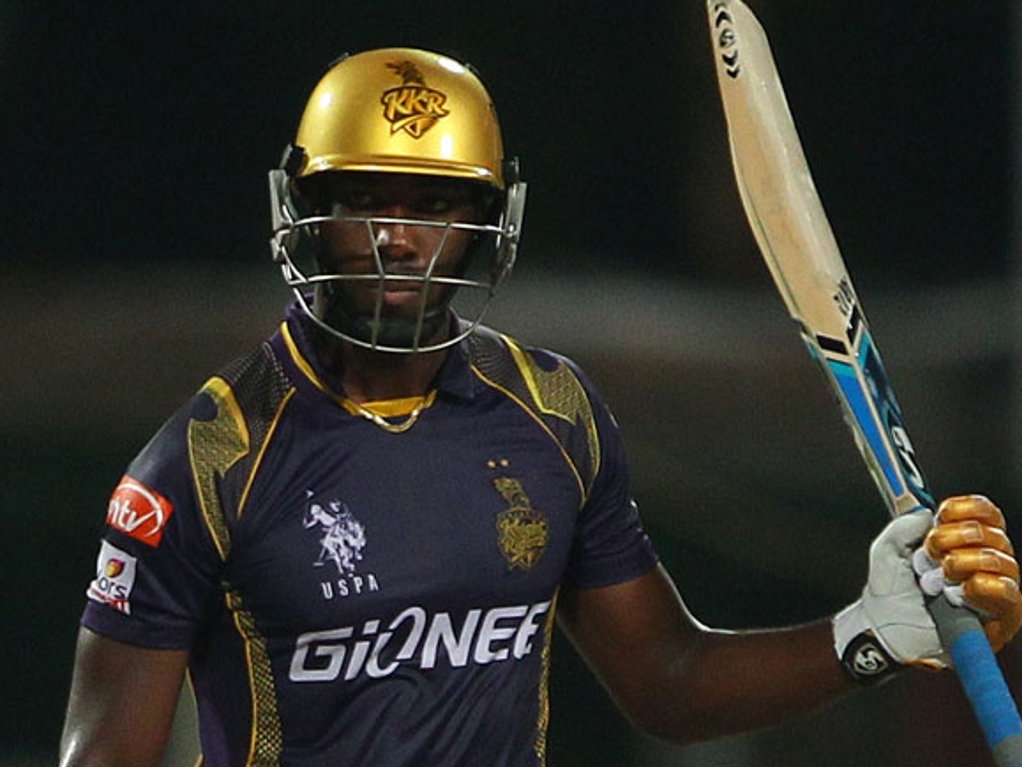 The Kolkata Knight Riders advanced to the top of the Indian Premier League table on Saturday, beating the Kings XI Punjab by a narrow one wicket and with just one ball to spare.

The KXIP side cannot advance to the play-offs and are bottom of the table, but made it their mission to give the defending champions a tough time, and they set a challenging 184 to win, which KKR only reached thanks to an Andre Russell fifty.

George Bailey won the toss and opted to bat, and openers Murali Vijay and Manan Vohra came out all guns blazing. They put on 45 runs inside five overs, with Umesh Yadav and Russell getting some tap.

Sunil Narine, back from suspension, removed Vijay for 28, and the Vohra later on too. In fact, the spinner took four wickets to prove his new action was just as effective.

Wriddhiman Saha and Glenn Maxwell played some exciting shots to push the score into the 180s, with Maxwell finally finding some form after a dismal tournament. He made 43 before being caught in the deep off Narine.

KXIP recorded 183 for five, with David Miller unbeaten on 27 off 11 balls at the end. It was a sticky target, as the top order discovered. Robin Uthappa was out for 17, while Gautam Gambhir and Manish Pandey both fell in the 20s.

Kolkata kept falling behind the asking rate, especially when Suryakumar Yadav was out for nine, but Russell made up for his lack of economy with the ball by smashing a half ton. He made 51 off 21 balls but was out in the 17th over.

It was a tight chase after that, as wickets kept falling. The final over saw Kolkata need eight runs, a seemingly easy target, but Brad Hogg and Piyush Chawla were both removed. Luckily for them, Anureet Singh conceded the needed run, a leg bye off the penultimate ball.